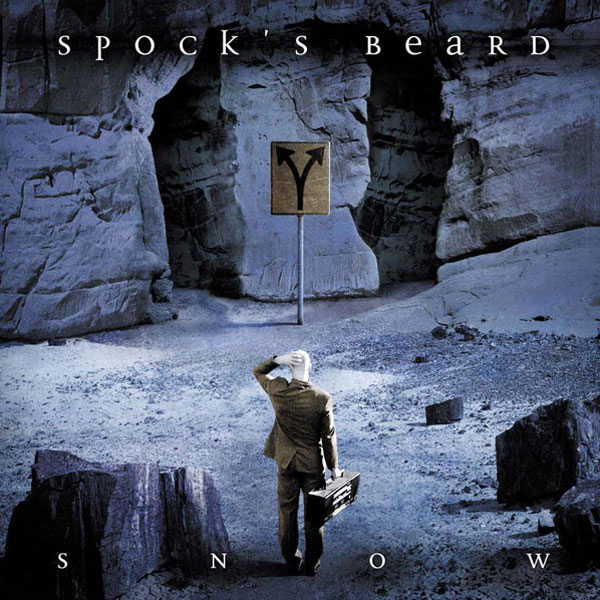 Okay, so no one is going to accuse Spock’s Beard of laziness. This latest effort, apparently their last with the line-up that has lasted since their second album, presents nearly two hours of music following the story of a character called Snow, an albino cult leader (with psychic powers, I think). This is longer than most Hollywood movies, and is quite a lot to absorb, so I’ll just skim the surface. Musically, it’s more or less like the other Spock’s Beard I’ve heard, a sophisticated prog-pop hybrid with many varying sections and a high standard of musicianship. Vocals are strong throughout, and often feature complicated harmonies and countermelodies. The music ranges from gutsy rock with tight arrangements (“Second Overture” is my favorite of these) to Mellotron-heavy anthems (“Wind at My Back”), and all the players get their times to shine. But it really is the group as a whole, rather than any individuals, that makes the music work, as the arrangements feature many nice touches like Mellotron flute behind acoustic guitars and lush vocal harmonies. I don’t know if Snow will earn the Beard any new fans, but it is a strong work, impressive with its sheer size and consistency. Still, as much as I enjoy it, the whole thing is a bit long to take in, and might be even better at a shorter length.