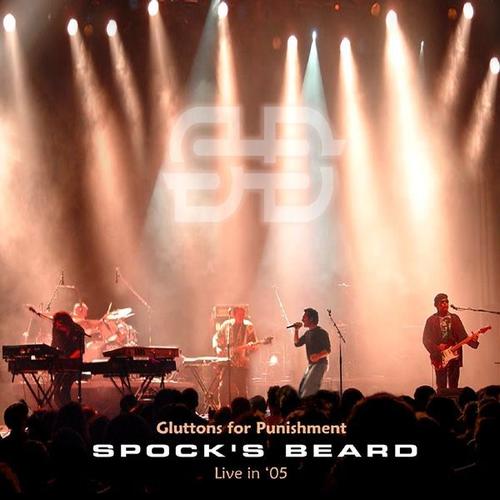 These two CDs capture Spock’s Beard on their 2005 Octane European tour. Disk one is almost entirely taken from that record, while disk two pulls from past albums Feel Euphoria, V, and fan fave “The Light” from the 1995 debut. In that regard, this live set doesn’t really work as a best-of collection the way many do. Rather, it’s meant for the serious fan who already owns past live albums and is looking for a chronicle of the most recent tour, focusing mainly on the new album. Spock’s Beard has always been a tight live unit, capitalizing on their collective experience within the L.A. professional music scene and impressing audiences since their debut at ProgFest ‘95. Drummer Nick D’Virgilio has ably stepped into the shoes of former frontman Neal Morse and his abilities as a lead singer have only improved with time. His on-stage surrogate in the drum chair, Jimmy Keegan, is solid, and bassist Dave Meros and he are a tight and effective team. Alan Morse and Ryo Okumoto do their jobs well, with the latter perhaps the most impressive player in the entire collection. I’m not a huge fan of the recent album so this release doesn’t have much going for me, though the older songs, especially “The Light,” fare much better with a fun and loose presentation that comes through the speakers and makes you feel like the crowd got their money’s worth that night. Fans who couldn’t make the show will probably feel the same way.