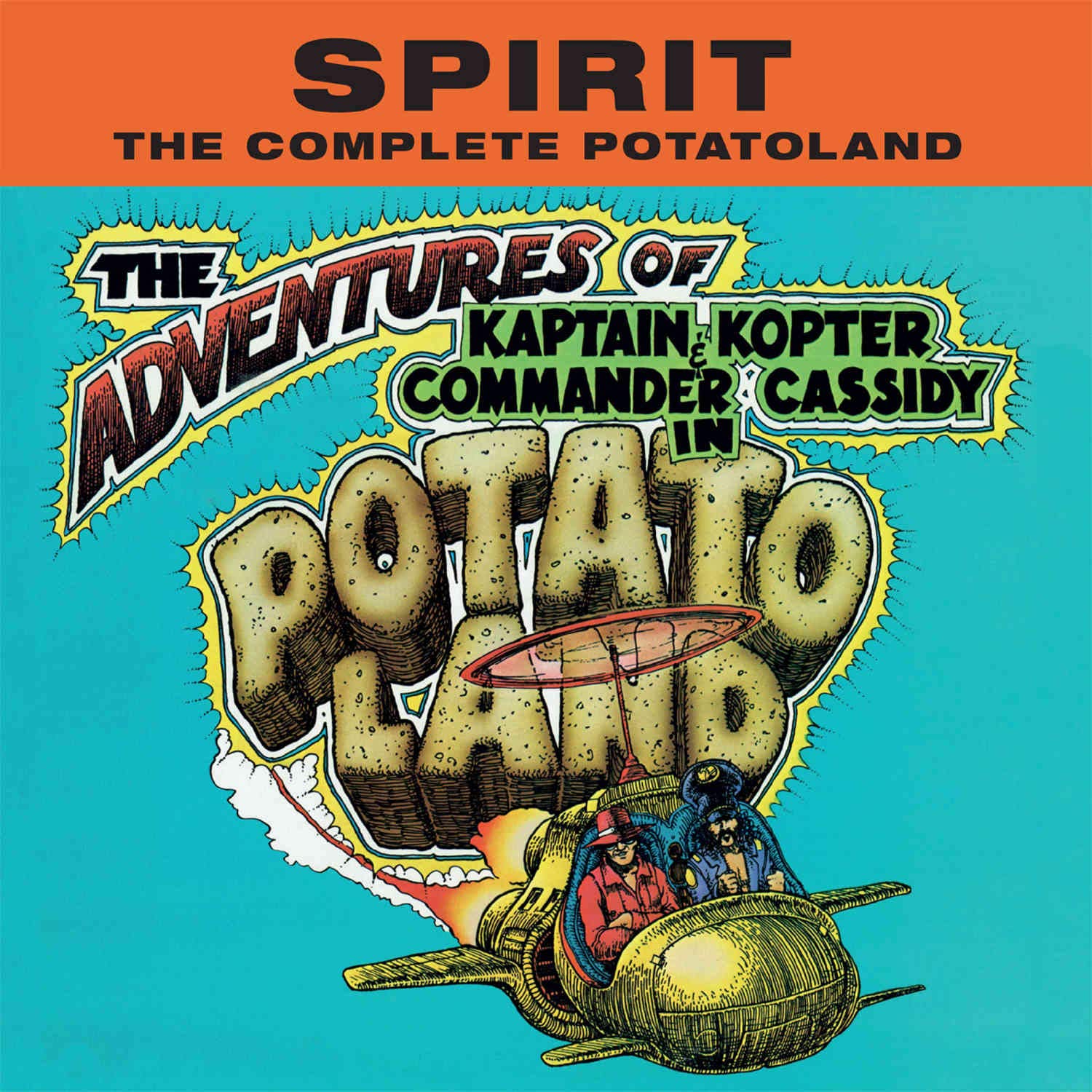 I said it before and will say it again, Potatoland (originally intended to be the follow-up to Randy California’s Kaptain Kopter and the Fabulous Twirly Birds album) is a pretty bizarre Orwellian concept and it’s really no surprise that Epic Records cancelled his contract in 1973 when it was first presented to them, at a time when major labels were looking to streamline their rosters with stuff that was guaranteed to sell. How this ended up becoming a Spirit album instead of Kaptain Kopter is a long story that I covered somewhat in my review of the Floating World edition of The Original Potatoland (now out of print) when it came out back around 2011, which might be worthwhile to review if you are unfamiliar with the whole saga and history surrounding the 1973 original recordings and the 1981 slicked-up remake of the original. Needless to say, Esoteric has done the right thing by making both versions available again, remastered in a truly better sounding form than those earlier releases and adding a couple additional discs of live material: The 1972 Kaptain Kopter live tracks that originally followed the bonus tracks on The Original Potatoland have been moved off to two separate discs that now include everything that remains listenable of the KPFK Kaptain Kopter live sets from September 6th and 13th 1972 – these are pretty rough recordings to begin with, but remastering achieved a degree of improvement. In their place at the end of disc one, some BBC tracks from 1973, an interview, and some live cuts from a 1979 Austin, Texas show have taken their place. Disc two features the 1981 Potatoland Redux, with all of the original bonus tracks from 2011, plus a few more alternate versions, and another interview from the time of the 1981 release. Disc three is the entirety of the September 13th 1972 KPFK-FM (Los Angeles Pacifica Foundation underground rock station) Kaptain Kopter set, most of which has heretofore only been available as a shabby bootleg recorded over the air; it’s been cleaned up and presented here in as probably as good a form as it will ever get. Disc four is eight live tracks from the September 6th KPFK-FM set (all that survived, same caveat as the September 13th recordings), and the disc is filled out to capacity with six more studio cuts, demos, and rehearsals from the period, most of which have never been heard before. The clamshell packaging for this set is superb, with the comic book from the 1981 version restored in miniature, and a comprehensive booklet by Spirit archivist Mick Skidmore, with quotes from bassist Larry Knight, who played on most of the live sessions in 1972/73, as well as many rare photos.

Pure Food and Drug Act - Choice Cuts – Their extended version of "Eleanor Rigby" sounds uncannily like "In Memory of Elizabeth Reed" with a splash of "Papa Was a Rolling Stone." Preferring jam over marmalade...  (2007) » Read more