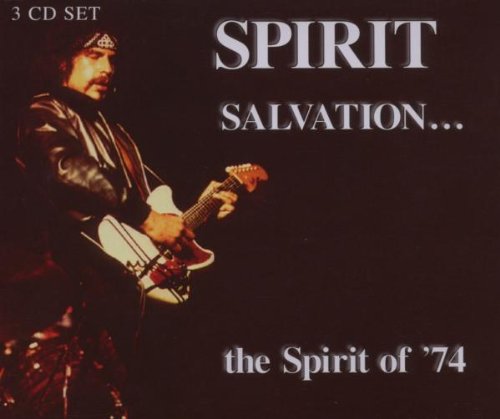 One of the heretofore undocumented periods in Spirit's career began shortly after Epic's rejection of Potatoland in '73. Randy California left the group (for the second time) and moved to Molokai, while drummer Ed Cassidy and bassist Larry Knight drafted two new guitarists and a keyboardist (this lineup is often called the "fake Spirit") and continued touring for the next eight months. California's time in Molokai was very productive from a songwriting standpoint, and in the summer of '74 he reconvened the band with Cass and bassist Steve Jones and began working on new material and playing occasional gigs in Hawaii. Around October of that year California relocated to Colorado, rejoining Cassidy and original Spirit bassist Mark Andes (who had by this time left Jo Jo Gunne), continuing work on the new songs and playing some live dates as a trio. Some of these shows are documented on the first two discs of this set, with material culled from dates at Ebbetts Field in Denver and the Agora Ballroom in Cleveland. What's so surprising about these live sets is that it's almost all new material — only a few songs played from the first three Spirit albums, and nothing from Sardonicus. The band played some excellent covers in these sets as well, including "Hey Joe," The Stones' "Happy," and Dylan's "All Along the Watchtower" and "Like a Rolling Stone," all of which would become staples of Spirit's repertoire from that point forward. Several of the new songs would eventually get the studio treatment on 1975's Spirit of '76 double-LP set, but probably just as many would be abandoned, and appear on this live set for the first time. Some material from the '75 tour with bassist Barry Keene is also included to round out the two discs.

Concurrently the trio also recorded numerous studio demos for an album tentatively titled The Spirit of Salvation, which are included here on the third disc of this set. Ultimately the Salvation album was scrapped when the band, better financed after some high profile gigs in '75, recorded Spirit of 76 and signed with Mercury. Some of the demo material from late '74 would appear in newly recorded arrangements on the albums Son of Spirit and Future Games in late '75 and '77 respectively, and the faux-Potatoland in '81. In many cases these early versions have a charm, honesty and simplicity that stands equally strong next to those versions that were eventually released — in particular "Family," "Looking into Darkness," "Maybe You'll Find," "Stars Are Love," and "It's Time Now." And, like the material from the two live discs, there are plenty of absolutely great songs on this studio disc that were never released in any form until now. All taken, this is an excellent set that explores one of the many periods and lineups of Spirit that has been, until now generally unheard.