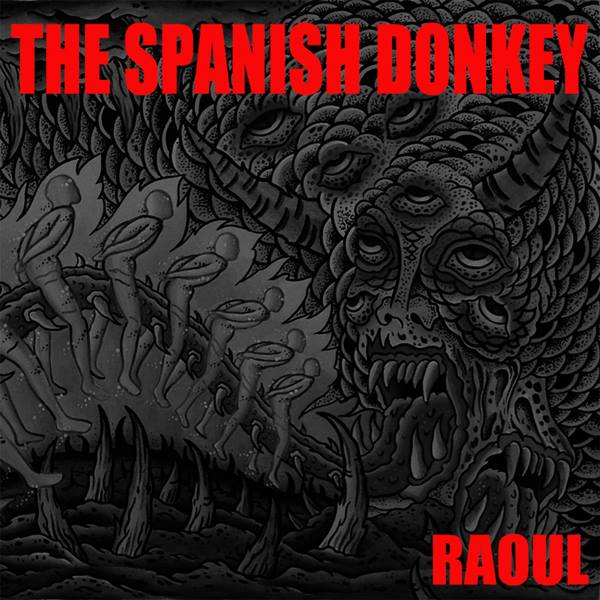 Raoul and his donkey walk along a dusty road under the searing Spanish sun. Raoul thinks he’s the boss — after all, he’s the human, and the donkey is, well, just a donkey. But Raoul is very much mistaken. Everything he does has been planned by the donkey, who subtly manipulates the man into doing his bidding. But maybe they are things Raoul would have done anyway. Certainly the donkey believes himself to be the boss. Little does Raoul know that The Spanish Donkey is three entities in one, a hairy trinity of musical force, consisting of the Drummer (Mike Pride), the Saft (Jamie, keyboards), and the Holy Guitar (Joe Morris). The Donkey is not a cruel master, though its whims sometimes bring darkness. Morris assaults the senses with wailing feedback, cascading chaos, skittering bolts of furious noise warped beyond recognition by electronic devices. Pride exercises no restraint in his percussive assault, and any resemblance to patterns, living or dead, is purely coincidental. Saft occasionally tempts the listener with something that sounds like an organ, but pulls back from normalcy by turning it into a growling beast, roaring, growling, eschewing such trivialities as keys and chords. Three long tracks, the shortest just under 16 minutes, the longest over 30, make a strong entry into the field of free noise rock, though “rock” is used more as a default for “loud electric music” than a meaningful stylistic description. You could as easily say “free noise jazz,” which maybe wasn’t a thing before, but is now. In any case, Raoul gives us three talented musicians following their restless spirits take them whithersoever (which is a word I always wanted to use in a review) they will.