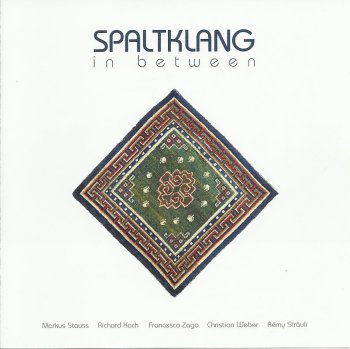 Led by Swiss saxophonist and composer Markus Stauss, Spaltklang has been in action for a dozen years or more, with a four-piece configuration over most of the duration, and four previous albums (on the Fazzul label) to their credit. In Between is their AltrOck debut with a newly reworked five-piece lineup since their previous release En Suite from 2009. Joining Stauss and original drummer / keyboardist Remy Strauli (formerly of Yolk, though no keyboards are credited this time out) are guitarist Francesco Zago (of Yugen), Austrian trumpeter Ritsche Koch and double-bassist Christian Weber (also in Kurai with Zago) making this a truly international band. The five long cuts on In Between are a wild ride up and down the jazz side, with enough influence from ouside the idiom (chamber, rock, touches of funk and swing) to keep the proceedings interesting over the album’s nearly one hour duration. The sound is full of energy and rich melodies and criss-crossing counterpoint, bolstered by the frontline of sax and trumpet. Drums and bass maintain a subtle but busy interplay providing (along with guitar) a fluid framework to support the compositions. This ‘wild ride’ also implies lots of honkin’ and squonkin’ at times, so if that’s not something to your liking, you have my permission to wander off to another review. Truly though, this has more of a ‘Cuneiform’ sound than what one might normally encounter on the AltrOck label, recalling the whipped-up swinging jazz-rock of bands like Blast. While Zago’s furious guitar soloing on the the closer “Ural Fragment” is worth the price of admission by itself, this is a solid jazz-rock effort beginning to end with plenty of strong melodic elements that reveal themselves over repeated plays.