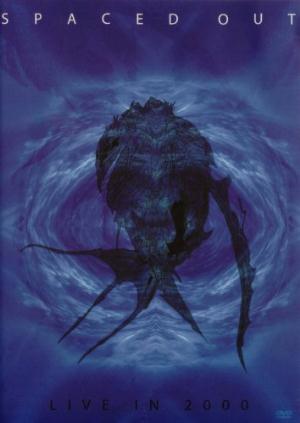 Anyone familiar with this hotshot Canadian fusion quartet (and shouldn’t all Exposé readers be?) knows that they are above all a musicians’ band – one of those outfits that makes your jaw drop in awe when witnessing their precise execution. So what we have here, in a multi-camera shoot is exactly that: the band shredding at Le Zest in Montreal in October 2000. Launching with the closer from their second album, “Jamosphere,” they rip through a 90-minute set of material culled primarily from their first two albums. On the CDs, bassist Antoine Fafard tends to dominate the sound with his percolating five-string bass work; here on video, one gets a better idea of the interaction and contributions of all four players to the band’s sound, with guitarist Louis Côté turning in some blistering solos on nearly every one of the 13 cuts. Also in the spotlight is drummer Martin Maheux, perhaps a smidgen too high in the mix, but clearly creating that precision framework which drives all of the band’s compositions. All taken, this is an outstanding and virtuosic performance that shows this band in their best light. My only question is why Unicorn waited so many years to release it.