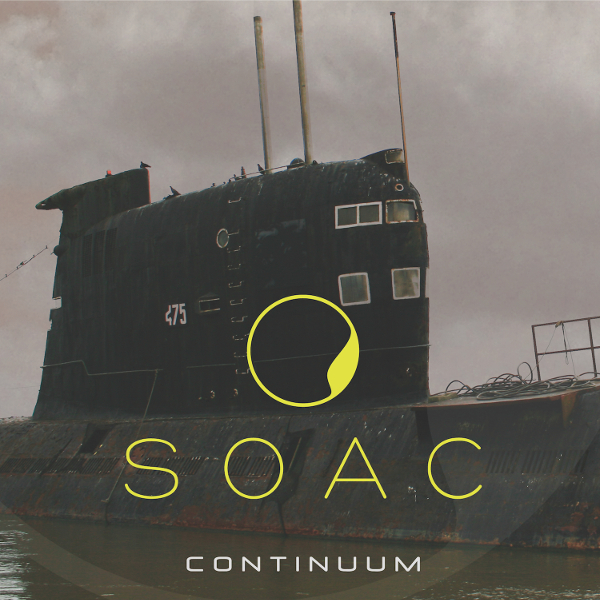 This instrumental band brings together sounds from several decades to make an appealing style. There are some heavy riffs that would, depending on their surroundings, work in anything from 80s heavy metal to 90s grunge or stoner rock, but the setting here includes floating keyboards that wouldn’t work in any of those genres. There are also tracks that are reminiscent of late 70s Hawkwind, a kind of space-rock interpretation of punk rock, though with a fondness for drop-tuned distortion I don’t remember in Hawkwind. There are also a number of tracks that venture into a moody, quieter area that makes me think at least one of the planets circling Alpha Centauri features a bleak terrain swept by winds, where only the hardiest of living things can survive. These sparse, lonely tracks are nicely done, and provide welcome contrast to the heavier pieces. Continuum straddles these various extremes quite successfully, and even evokes comparisons to some post-rock (or post-metal) bands such as Kraków (recently reviewed). The key that makes this music work (or one of them, at least) is that the heavy parts don’t all sound the same, but feature differing kinds of rhythm, sometimes choppy and precise, sometimes slurred and sludgy, sometimes letting the notes ring long, sometimes cutting them off. Quite often, there are multiple guitar parts that work together nicely, and the keyboard tones are interesting, not stock familiar sounds. My only minor complaint is that the keyboard parts often follow the bass or guitar too closely when breaking out in contrary or oblique motion would provide a bit more interest. Still, this band has hit upon an engaging style that works well, and should appeal to fans of progressive rock, space rock, and post-rock equally well.