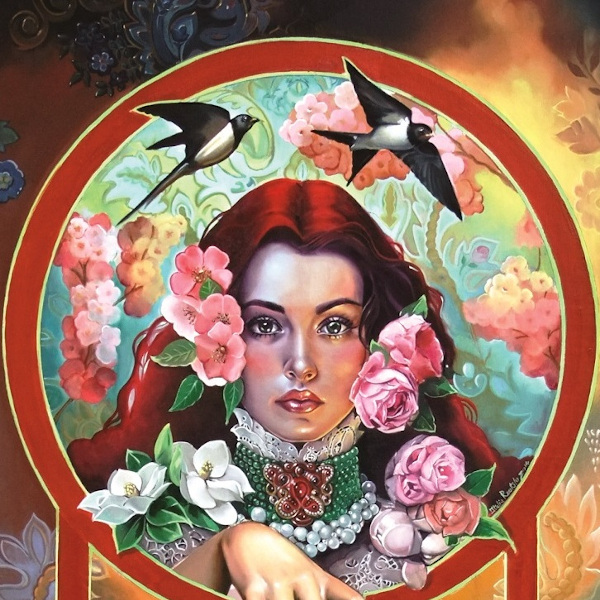 Norwegian band Sonisk Blodbad (Sonic Bloodbath) released their third album of dreamy soundscapes, Electric Mirror, in December 2019. Hailing from Bergen, Sonisk Blodbad is Ole Christensen, Haavard Tveito, Kristian Stangebye, Tord Litleskare, Steven Cerio, Laurie Amat, Tarjei Sefland, Jos Smolders, and Kjetil Manheim, plus guest musicians Ulf Knudsen from Betong Hysteria, Sam Fossbakk from Elektrisk Regn and Shirley Kent from The Ghost. They are truly an international band and on their previous releases they collaborated with Don Preston of the Mothers of Invention, Fernando Saunders of Lou Reed and Marianne Faithful, Clive Jones of Black Widow and Agony Bag, and Laurie Amat who has sung with The Residents. Plus Conrad Schnitzler took them under his wing before his death in 2011 and provided two compositions for their debut album. On Electric Mirror the band presents eight mostly instrumental tracks of spooky ambiance, sequencers, and waves of electronics. Guitars, electronic fiddle, and processed vocals occasionally part the sonic curtains that hint at Dead Can Dance, Pink Floyd, and possibly Coil. The album’s highpoint is the 20 minute album closer “The Shore of Oblivion” with slow floating ambiance, David Gilmour-inspired guitar work, and a violin solo similar to Daniel Kobialka that creates an eerie comparison to “Echoes.” Recommended for fans of dark electronic soundscapes.

Lonely China Day - Sorrow – In the midst of all the noise found on the Beijing music scene, where feedback reigns and screaming is preferred to singing, there is one band that stands out from the crowd. Lonely China Day (their...  (2008) » Read more