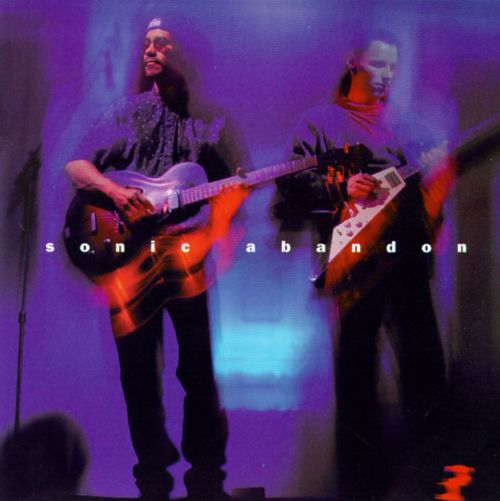 This overlooked project is simply two talented guitarists playing together with engaging rhythms and somber effects units. There are four pieces loosely connected by some vague, linear continuity. Guitarist No. 1 is later-incarnation Gong and Gongzilla's guiding light, Bon Lozaga; Guitarist No. 2 is Tillman Reitzle, a six-string strummer with whom I was unfamiliar prior to this recording. Together the two performers have constructed some intriguing improvisations which vary in length from over 30 minutes to just under two. No, this is not a guitarcraft exercise or a shred-attack piece of throw-away metal. There's a bit more sympathy, listening and dialogue going on than just that. "Part 1" is a repeating phrase with Bon taking most of the leads that tumble across the rhythmic pattern set by Reitzle. At the ten-minute mark the context of the interworking changes and becomes more subtle and ambient, quieting down to an almost visible desolate calm. "Part 2" is probably the most successful pairing of the duo's contrasting and similar abilities and includes Bon's most brutal, punishing lead on the disk. To be honest, it reminds me a bit of Fripp and Eno, since it has a disturbing quality which makes your skin crawl after a few minutes. "Part 3" comes off more optimistic as a result of track sequencing rather than taken on its own, but it also has a stark quality that is appealing. Overall, another great addition to the growing LoLo records' independent catalog.