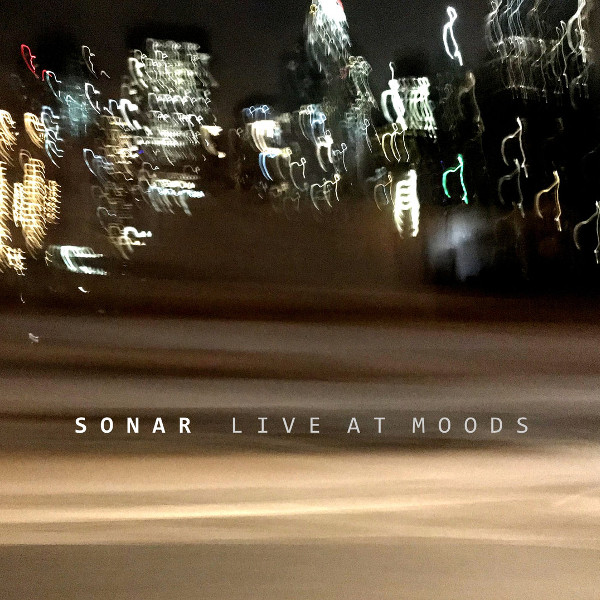 How better to spend New Year's Day than listening to the latest live album by Swiss math-rock-jazz giants Sonar? This is actually the band’s second live album (the first was Live at Bazillus from 2012, which I have to confess as I write this I’ve never heard), but it’s the first where master ambient guitarist David Torn is sitting in with them, much like the previously released studio album Vortex. Three cuts from that album are reworked here including the brilliant closer “Lookface!,” and it closes the live set here as well. If you don’t know this instrumental powerhouse yet (you been hiding in a cave?) the band’s stock in trade is a sound where only tritones (strings tuned to C and F#) are allowed, used by guitarists Stefan Thelen, Bernhard Wagner, and bassist Christian Kunter, with Kunter and drummer Manuel Pasquinelli keeping a steady churning ever-shifting rhythm going while the guitarists use that rhythm to lay down an interesting web of sonic minimalism over the rhythmic turbulence. It’s kind of like me writing this review with words that only use seven letters of the alphabet (no, I’m not gonna do that, I’m not that creative anyway!) but you certainly get the picture – the music that Sonar makes is at once very minimalist and very interesting. David Torn is the wildcard here, he can show up anywhere and everywhere with soaring bits of flowing guitar color and additional unpredictable textures that work splendidly with what the rest of the band is doing. The set opens with “Twofold Covering” originally from Static Motion, adding a new dimension to it. Torn sits out “Tromsø” (originally from A Flaw of Nature) but returns for a solo piece “For Lost Sailors,” which is definitely one of the high points here, unlike anything else. With that exception, this set is much like what listeners heard in Vortex, just with some live ambience. A flawless live set, beginning to end.

Larry Kucharz - Blue Drawings and Text – Kucharz' latest work is split between seven softer flowing ambient pieces composed or reworked in 2007, most somewhat reminiscent of the work on some of his earlier 'Electrochoral' and...  (2008) » Read more