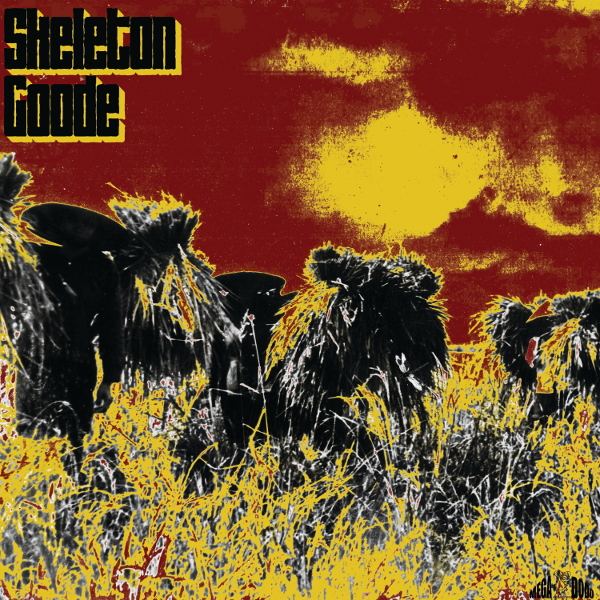 There are times when a good psychedelic tune really hits the spot, and we’re living in a great time for discovering more of them. Skeleton Goode is a new entry in the game, but they’re off to a great start with their self-titled debut. The band is fronted by English guitarist and songwriter Jack Briggs, who is based in Saigon, and he’s recruited an international crew to bring his tunes to life. The album starts with an instrumental called “Enamel Animal,” a trippy surf-inflected tune that’s just plain fun. From there on out, we get jangly rhythm guitars, fuzz-tone lead guitars, bass lines right out of the Paul McCartney playbook, sweet vocal harmonies, and phase shifter tricks galore. The chord progressions are sometimes unpredictable, with the kind of surprising modulations that started cropping up in the better psych bands of the 60s. There’s also some lovely Mellotron work, especially on “James Dean.” Think of S.F. Sorrow, Magical Mystery Tour, and 25 O’Clock and you’re in the right territory. It just doesn’t get much more fun than this, and every time I listen to “Leaf Green Gamma Girlz” I end up with it stuck in my head for hours. If psych is your bag and you haven’t heard Skeleton Goode yet, head over to Bandcamp and give it a listen — I’m pretty confident you’ll be glad you did.

Back in November 2019 a new album hit the streets that could have fit well in the heady pop-psych days of the late 60s, the self-titled debut release by Skeleton Goode. Skeleton Goode is an international four-piece band with members from the US, Japan, and England, but that has no bearing on the music. What they present are ten tracks of lo-fi tinny sounding trippy pop-psych of various styles, even experimental at times. The opening track, “Enamel Animal,” is instrumental surf rock ala The Ventures plus all manner of odd percussion. “Razors in the Clay” sounds like it could have been on the White Album, next to “Sexy Sadie” or “Savoy Truffle,” but with a harder edge. Then there are “Leaf Green Gamma Girlz” and “James Dean,” two trippy songs that hint at the The Byrds and today’s Soft Hearted Scientists, but more gritty. Then there is a bit of Steely Dan’s “Go Back Jack, Do It Again” influence on “Never Going (Back Home).” The high point of the album for me is “Someone’s Coming.” Reverbed guiar, gothic western psych, and dark acoustic guitar with hints of The Doors. Taken together, Skeleton Goode is an outstanding debut album, leaving you thirsting for more.