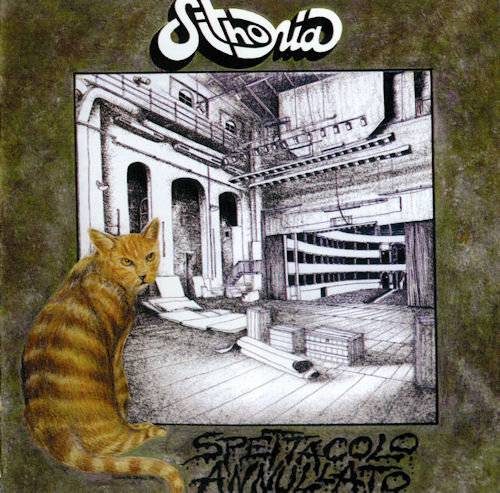 Sithonia is a rather new band on the Italian scene. Spettacolo Annullato is their second album, followed by the live Folla di Passaggio recorded during the first part of a Caravan tour. Sithonia is melody-oriented. That is, everything just about always revolve around a theme, but it grand or ephemerous. Paolo Nannetti, composer, has this knack of coming up with simple melodies that are both concise and touching. The arrangements are done by the band, which makes good use of the two-keyboardist configuration, and also of Robert Magni's guitar lines which are often in the forefront, in the melodic context, i.e. not heavy. The rhythm section is apt, with accurate and precise drumming by Orio Cenacchi. Singer Marco Giovanni's voice is mostly mellow, giving ample range for expressiveness, joined by just about all of the band on backing vocals. The opener, the 22-minute "La recita del silenzio," gives the tone to the album by its superb developments on a basic theme. Sithonia's music revolves around melodies, and as such, revolves also around lyrics, which are more often than not the focus point. Two instrumentals are featured, which let the band stretch just a little bit more. Recommended to amateurs of a more lyrical prog music, but also recommended at large for the prog element, served nicely with imagination and feeling.