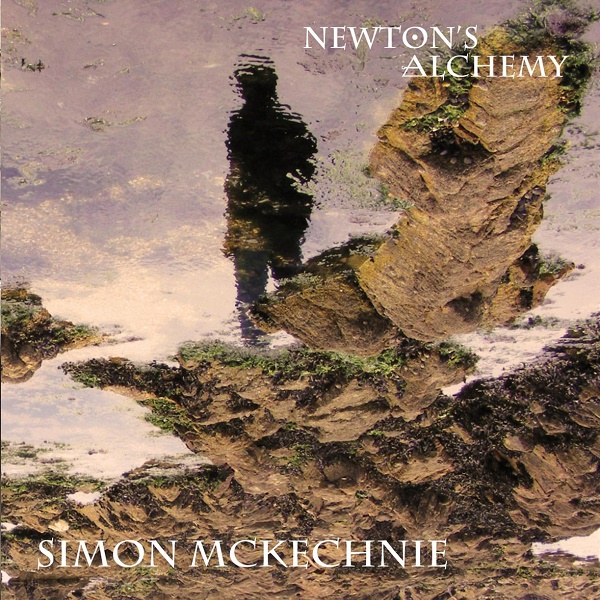 Artists’ inspiration can be triggered by just about any experience, internal or external. (To be precise, all inspiration is internal, though it may be brought on by something in the outside world.) For London-based composer Simon McKechnie, it came from learning about the alchemical pursuits of Sir Isaac Newton — along with being one of the most influential thinkers in the history of science, Newton spent many years delving into the magical realm of transmuting elements. The result of McKechnie’s inspiration is an elaborate construction of progressive rock, nearly a one-man effort, featuring drummer Adam Riley throughout and occasional contributions from Clare Salaman (nyckelharpa) and Jan Hendrickse (bass flute); the composer plays guitars, keyboards, bass, dulcimer, psaltery, and percussion in addition to singing. Most of the lyrics come from Newton’s own writings. In keeping with the subject matter, the compositional techniques are sophisticated and elaborate, but to McKechnie’s credit it all works splendidly even without paying attention to the intellectual aspects. Musically there’s some kinship to such contemporary bands as Underground Railroad and Birds and Buildings, with the non-rock connection being more with 20th Century music than Romantic or Classical. Like a fractal design, the closer you look, the more details you make out, be they melodic fragments cropping up in multiple pieces, unexpected combinations of sounds, or off-kilter rhythmic twists. Newton’s Alchemy is an outstanding accomplishment in progressive rock, free of cliches and strikingly original without sounding stuffy or fussy.