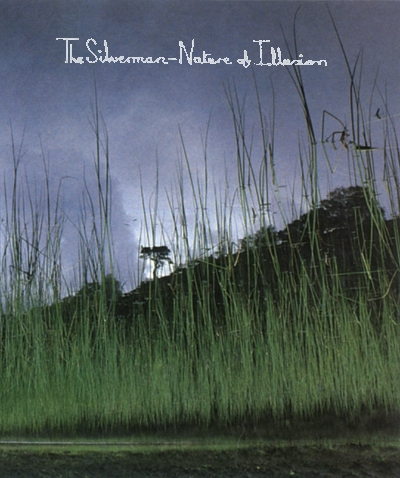 The Silverman (aka Phil Knight) is The Legendary Pink Dots’ keyboardist. Phil has participated in several side projects over the years such as Mimir and Tear Garden. In 2003 Phil started producing and recording solo records and Nature of Illusion is his fourth solo album. Though I am a long time fan of the Dots, I never really got acquainted with Phil’s solo efforts until this new release. Starting with some field recordings of nature and then heavily processing them through old synths and effects, Phil, along with Edward Ka-Spel’s vocals, has created two long industrial droning compositions: “Nature of Illusion 1” and “Nature of Illusion 2.” There are some very interesting passages on both of these 20+ minute tracks, as the music slowly evolves and morphs. It will most likely take several listenings to really appreciate the music. As a bonus, the first 700 CDs and 300 LPs include the CD Woodland Calling. Unfortunately, Woodland Calling is 65 minutes of mind-numbing repetitive, boring drones. It starts with some promise but then after a minute or two you realize that the music isn’t going anywhere. The CDs come housed in a heavy cardboard gatefold sleeve with beautiful artwork and full color picture CDs, in keeping with the high standards that Chris Macbeth of Beta-lactam Ring sets for all of his releases. If you are interested in The Silverman and his music, much better places to start are his work with the Dots and Mimir.