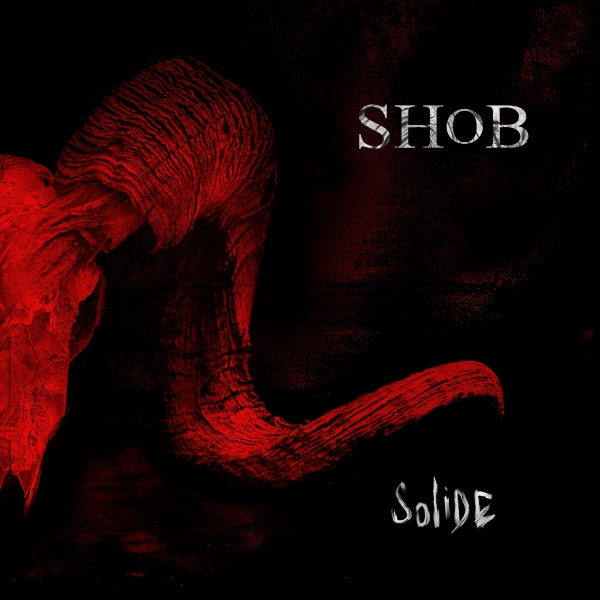 Around a year ago I reviewed French bassist Shob’s second album Karma Obscur; since then he’s toured all over Europe and played at a number of higher profile festivals, all the while finding time to write and record his third album of eleven fusion / afro / funk tracks, Solide, a powerhouse of impressive technique and driving force that is at once punchy and colorful with melodic currency. Like last time, the album is mostly instrumental, but the guest singers on the two vocal tracks are nothing short of outstanding (Célia Marissal belts out a hip-hop style on “Solide,” and Lyne and Hugo Senbei doing experimental scratchy stuff on “Totem”), but the primary power here comes from the cast of players, who all compliment Shob’s hard-driving bass work with power and amazing precision: drummer Morgan Berthet and percussionist Ludo Lesage mix it up with guitarists Johary Rakotondramasy and Jean Loup Siaut (the former on most of the instrumental tracks, the latter on the two vocal cuts) and Christophe Maroye plays on the amazing “Cure,” turning in several of the more interesting solos on the disc. Keyboardist Tony Lavaud adds a lot of the fusion flavor throughout the disc, turning in some positively amazing solos, while the hard funk power is supported well by saxophonist FM Moreau and trumpeter PJ Ley, who don’t play on every cut, but wherever they do, it takes the gritty afro-funk quotient to a whole new level and provides a melodic edge that breaks through the bottom edge excess. Shob has turned in an outstanding third album that should surely appeal to fans of the deep grooves of funk and Afro-beat.

French TV - Virtue in Futility – Four years in the making, and no less than seven years after the second album, this latest offering by Louisville's French TV is certainly worth the wait. One unanswered question is why it took...  (1994) » Read more