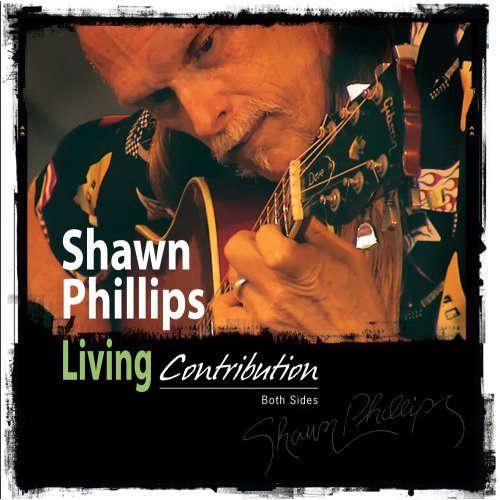 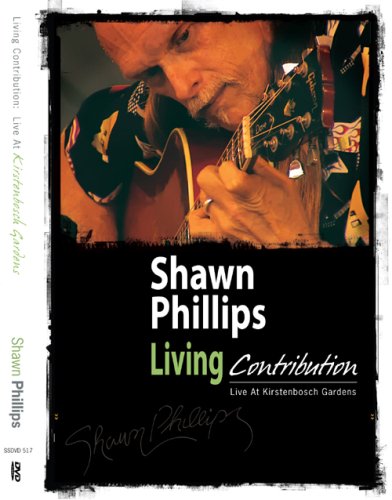 Shawn Phillips is a Texan guitarist with an incredible three-octave vocal range. But Shawn is not your typical Texas musician. He went to England in the mid-60s: he played sitar on Donovan’s “Guinevere,” co-wrote “Sunshine Superman” but was never given credit, sang on the Beatles’ “Lovely Rita,” showed Joni Mitchell some guitar tricks, and performed at the “Isle of Wight.” Shawn had a string of albums starting with his debut in 1965, hitting his stride in the early 70s, but then dropping off in the 80s. His songs, never in the “pop” mold, have always been characterized by complex chords and thoughtful and poetic lyrics, that really only Shawn can sing with his vocal range. Today Shawn lives with his wife in South Africa, and this CD and DVD release document an outdoor concert (April 1, 2007) in front of adoring fans. Shawn digs way back into his catalog and plays some of his greats like “Steel Eyes,” “L’Ballade,” “Song for Sagittarians,” “Moonshine,” “Woman,” “Keep On,” “Sleepwalker,” and his tragic “Ballad of Casey Deiss.” It is amazing that his audience recognizes these songs each time from the first couple of chords. But don’t get me wrong, Shawn is still actively writing music, and some of his new compositions are played as well. Shawn is a consummate story teller; I remember seeing him in concert in 1978 and being enthralled with his tales. One of his new songs is “Radio,” which is a happy rant against commercial radio and the music they play, especially since Shawn’s music is no longer heard on the airwaves. The entire concert was videotaped and appears on the DVD, warts and all. The band backing Shawn only had a total of eight hours to rehearse. The double CD set includes the concert on Disc 1 minus “Burning Fingers,” “Song for Sagittarians,” and “Looking Up Looking Down.” Disc 2 is from a solo concert in Port Elizabeth, South Africa on October 26, 2007. The songs from this performance are a welcome addition to those on the first disc. Shawn’s signature look was his beautiful long reddish blonde hair, which he still sports today in his 60s. And he still has those incredible vocal chops! The DVD contains a set of bonus interviews with Shawn where he provides background stories for each of the songs played in the concert, this information in and of itself is worth the price of the DVD. My only complaint with the DVD is that instead of being able to hit play and view the entire concert, you can only play one song at a time. All in all, Living Contribution is a great set of music from an artist long absent from our listening ears and it is a wonderful place to start to investigate one of the unsung heroes from the 60s/70s.