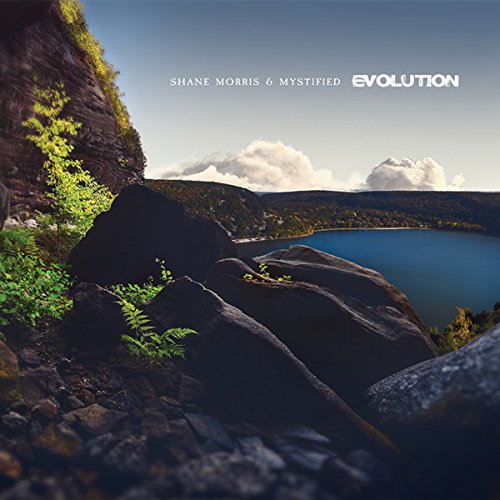 As the conclusion of the three-part “inspired evolution” soundscape series (the first two being Epoch and Emergence, from 2012 and 2013 respectively), Evolution offers a further refinement of what began as a mostly acoustic based concept into something far more electronic, with only some percussion and drums (and sampled loops thereof) remaining, representing the emergence of early humans on the planet, and eventually their domination and stewardship of it. Of course this is instrumental music, it can be anything the listener wants it to be, but these are the concepts composers Shane Morris and Thomas Park (a.k.a. Mystified) are attempting to convey. The five long pieces are based around ambient washes, mostly dark and amorphous, punctuated with hand drums, bells, gongs, mysterious sampled sounds, and repetitive pulsating electronics, forming a slow-drifting fabric that successfully fuses the spacious floating ambient idiom with elements of Berlin school and even techno. The pace of change throughout each piece is organic and varied, but calculated and deliberate in moving the ideas forward, creating a flowing environment where evolution (there’s that word again) can thrive and flourish. While the composers envisioned this as a soundtrack to an idea based on primitive man, one might also consider it on its musical face value only, being a guided journey through subconscious portals, going ever deeper as the program proceeds. Any way the listener wishes to receive it, this is definitely a soundworld worthy of investigation.