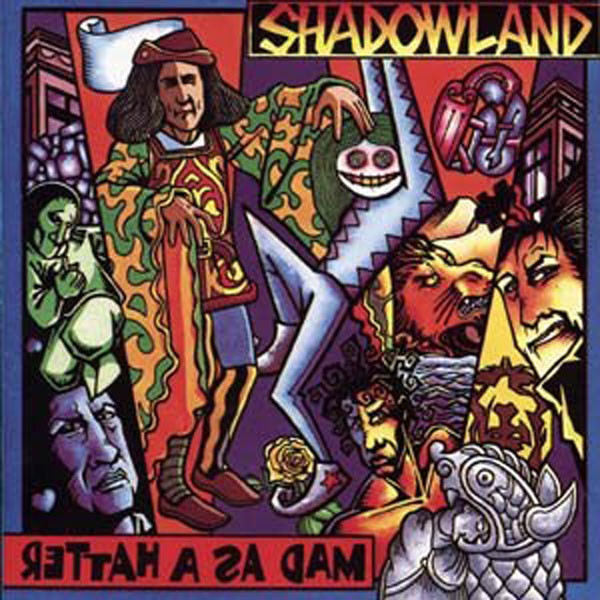 Shadowland is basically a collaboration side-project for Pendragon keyboardist Clive Nolan and guitarist Karl Groom. It seems that the neo-prog onslaught has tapered down a bit over the last year, so this album could be viewed as a welcome affirmation for the neo fan that things are alive and well. Mad as a Hatter is everything that you would expect it to be, nothing more and nothing less. Nolan's synths blaze through major-chord anthems and glistening Moog-like arpeggios just like they are supposed to. Groom decorates the writing with flashy-but-predictable Rothery-like guitar solos just like he's supposed to. And, unfortunately, Nick Harradence's drumming weighs everthing down like a giant boat anchor, just like it's not supposed to. Why are good neo-prog drummers such a rarity when the bands are so common? That, along with Nolan's uninspired lead vocals, gives this album two obvious points for criticism, but to be fair there is a lot worse neo-prog out there than this. That's to be expected from people who have been doing this type of music as long as these guys have.