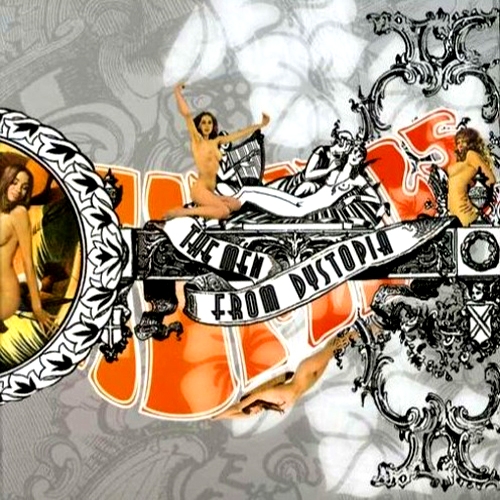 Who is the King of the Endless Riff? This Croatian band makes a credible case for their royal status on this release. The five tracks here, named simply with Roman numerals, flow without much delineation from one to the next: first comes seven minutes of essentially tempo-less meandering which builds into the second track, 20 minutes of a two-bar riff topped with all manner of spaced-out trippiness (including a bit of electric sitar) building to part three, where the guitar abandons the riff and shoots off into a wah- wah-drenched solo while the bass frees the riff from the exact repetition. This part is 16-plus minutes of guitar pyromaniac indulgence with a variety of effects spelled by strange vocals and the continuation of the almighty riff. Further developments drop the drums and reduce the riff to a single pounding note overlain by indecipherable sounds apparently including a hurdy-gurdy, reintroduce the drums, devolve to a drone, reprise the riff, and so on. The whole thing is soaked in enough reverb to make Carlsbad Caverns seem positively cramped, and while I know this is a stylistic choice (practically mandatory for this kind of music) I can’t help thinking that the pummeling riffs would actually have more impact on the listener if they were more distinct. Or maybe less blurring would expose the listener more directly to the fact that these guys are jamming on one chord for more than an hour. Fans of Acid Mothers Temple and similar psychedelic noise-masters take note.

Murray Head - Greatest Hits – Summarizing Head's career of singles and one off recordings is actually a great career retrospective opportunity. Opening the track is Head's sensitive piece, "Say It Ain't So,...  (2002) » Read more