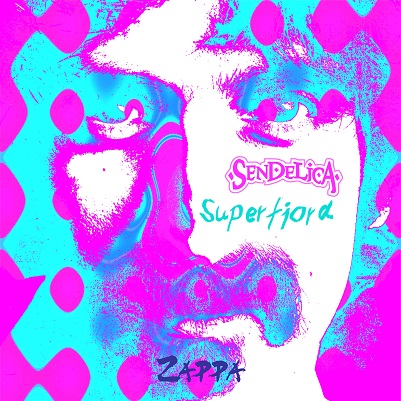 The spring batch of Fruits de Mer releases includes this little jewel of two Frank Zappa covers. Finland’s Superfjord provides us with a freaky synth-driven cover of “Peaches en Regalia” from Hot Rats. This cover is about 90 seconds longer than the original and in addition to the synths, Superfjord also includes tremolo guitar, piano, and other keyboards. An interesting treatment given Zappa’s original was largely on acoustic and amplified instruments. On the flip side is Welsh space rocker Sendelica’s cover of Zappa’s comical “Don’t Eat the Yellow Snow” from Apostrophe(‘). Sendelica chose to slow the song down a bit and give it a colder and starker treatment,which is slightly over twice the length of Zappa’s original. And if you base things on duration, Zappa’s original would be over way before Sendelica reaches that iconic familiar phrase, “Watch out where the huskies go, don’t you eat that yellow snow.” Frank Zappa was quite the consummate composer and musician. Not everyone can pull off covers of his material. Fortunately both Superfjord and Sendelica were up to the challenge and succeeded. The big question is, what does the Zappa Family Trust think?

Let Tijuana Hercules Tell You "The Way It Is"

John Forbes has this to say about the track:

I'm predisposed to the unprepared and the greazy, but every now and then I need to leave the house. Yet, this is a constrictive moment in history: A modern nervous sweat through a 17th-century frontier prism.
The majority of the track was recorded at my Frogg Mountain Studio in Chicago. The percussion resulted from people stomping on metal plates in a four-story-tall freight elevator shaft which served as a wild echo chamber.
I sent the track to a rhythm section I know in Marquette, Michigan, because there's a 5/4-vibe there that's all its own. (I suspect the isolation and natural brutality that is the root of the unique human nature there.) Despite being cut off from civilization at large by sheer geography, Marquette maintains more top-notch drummers and astute musicologists than anywhere I know. A true yaba yum.

Forbes also created this art to visualize all the musicians who contributed to the track: 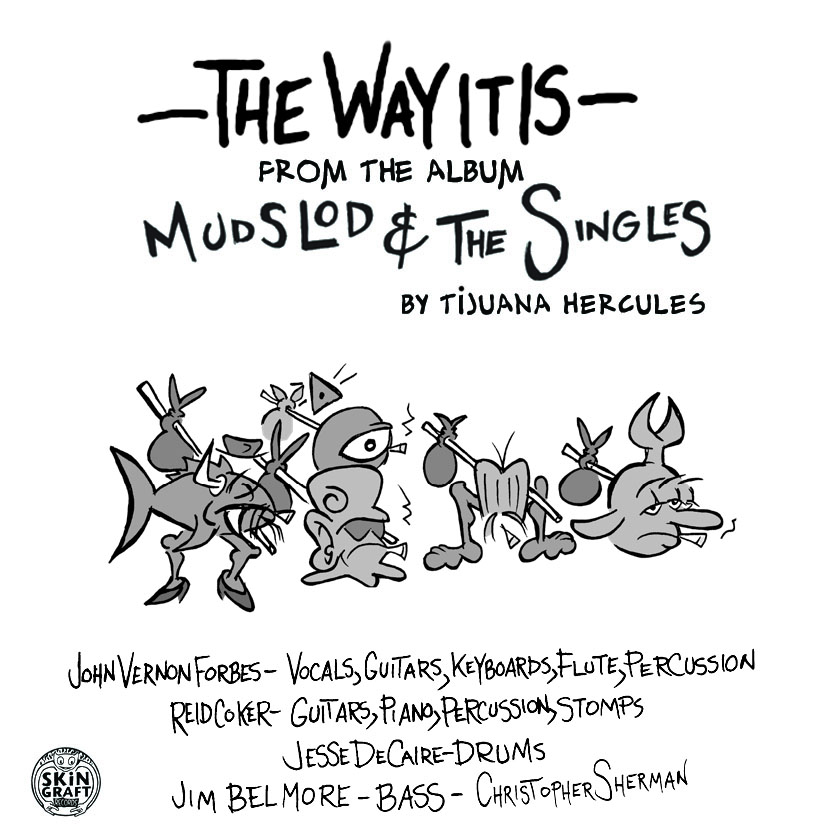