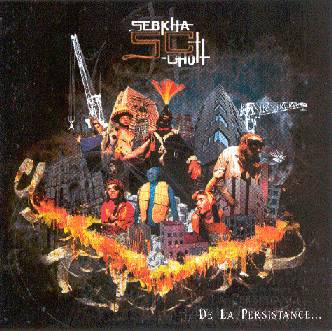 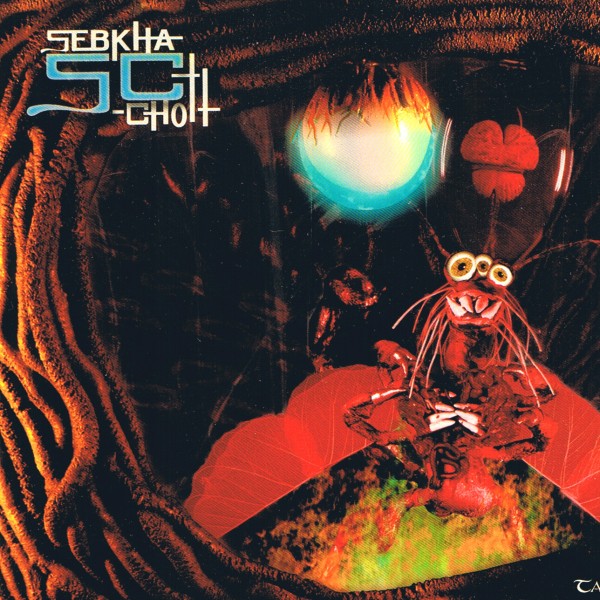 Sebkha-Chott is a band of wild and crazy young French musicians playing music that is so bizarre and unclassifiable that I do not know where to begin. I reviewed their second release Nagah-Mahdi back in 2006 and these two new releases (one is actually a reissue) are more of the same. De la Persistance was originally issued in 2003 with the word Sept in place of the ??? in the title. This reissue is re-recorded, remixed, and remastered. Whereas the original release contained seven tracks, the new issue contains, get this, 54 tracks! I think that the first 48 tracks all belong to the first song "49 – Bienvenue à Babylone" or "Welcome to Babylon" in English. Each of these 48 tracks is about 5 or 6 seconds in duration and the song itself sounds like multiple messages in French from a telephone answering machine. I do not know why they sliced and diced this song, but if you play the CD in shuffle mode you can get a real mishmash of sound bites that drives home the Tower of Babel and confusion of languages concept of the title. The other six tracks are a set of rather intense progressive rock, jazz, heavy metal, hip hop, and electronic music. There are two tracks with the same name "51 – Le Cirque des Enfers" and "55 – Le Cirque des Enfers." Despite the same title, the music is entirely different and I much prefer the "55" version with its familiar funeral music opening. Sebkha-Chott label their music Mekanik Metal Disco and I actually like this first release as it is quite listenable.

On the other hand, they seem to be getting weirder and more pretentious over time. Nagah-Mahdi was a bit hard to digest in one sitting. And so is Nigla[h]. For some reason, this disc contains a phenomenal 72 tracks! What adds to the confusion is that all 72 have names and there is no real way of telling which are new songs or merely continuations or parts of other songs. All of the tracks flow smoothly from one to another, be it seconds in duration or minutes. Once again Sebkha-Chott play piano, keys, violins, fuzzed guitars, sax, percussion, and guttural vocals to create their frenetic blend of heavy metal, klezmer, jazz, progressive music that touches on King Crimson, Magma, Zappa, Der Plan, and Urban Sax. This is definitely a release best taken in small doses. I really cannot imagine that these guys have a wide audience, but if you like to experience something completely different, you may want to check out Sebkha-Chott.