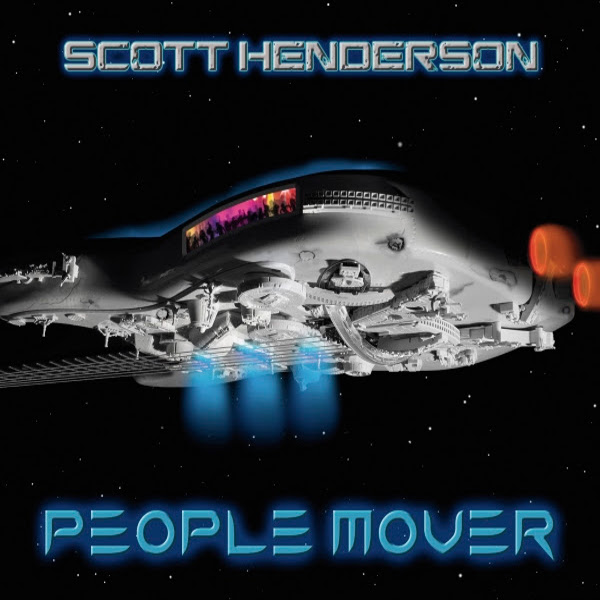 Scott Henderson is no stranger to fans of jazz-rock guitar, with a career going back to the 80s in his band Tribal Tech as well as work with such heavyweights as Jean-Luc Ponty, Chick Corea, Josef Zawinul, and many more. On People Mover, he gives us ten tunes of smoking fusion and tasty playing. Henderson is joined by bassist Romain Labaye and drummer Archibald Ligonniere, and they give us a variety of moods and flavors, from jazzy post-bop to gritty blues to full-steam-ahead instrumental rock. When Henderson rips off a fluid phrase, I’m often reminded of Allan Holdsworth, and some of the backing parts are also reminiscent of Holdsworth, but Henderson has plenty more tricks up his musical sleeve. Sometimes soaring and melodic, sometimes blistering and aggressive, his range is impressive. And as for Labaye… damn! This Frenchman is a monster on the bass, having learned the lessons of Jaco Pastorius and others and incorporated them into his own impressive thing. Ligonniere (also French) is a superb presence at the drum kit whether laying down a sweet groove or pushing a lightning-fast funk rhythm. The compositions, all Henderson originals, are great, tastefully balancing sections and energy levels. People Mover is a surefire win for fans of electric jazz-rock.