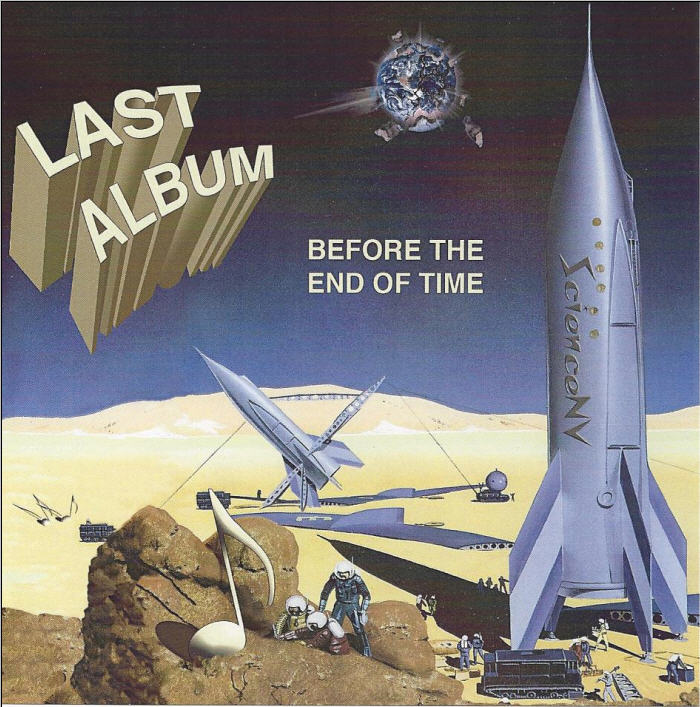 ScienceNV (say "science envy," nothing to do with NV, Nevada...) is a San Francisco Bay Area band, of which the four members all work in scientific or mathematical endeavors whenever they are not making music; this is their third release, all instrumental, the follow-up to 2010's Pacific Circumstances. The new album kicks off with an impressive classical cover, none other than a nine minute version of Gustav Holst's "Mars, the Bringer of War" from The Planets. Yeah, everybody's done that, from Love Sculpture to King Crimson and many more, but this one's different, with a long section of their own creation starting at about three minutes in, eventually transitioning to a blistering guitar rockout before going back to the Holst theme. The floating ambient "Cold Sleep" is another standout, recalling Terry Riley and some of Djam Karet's more dark ambient material, though embellished with several hauntingly beautiful and melodic guitar solos. "The Ring Cycle" is a fifteen minute, five part opus grandis that covers a lot of territory over its duration, kicking off with the hard rocking "Titan," bearing some vague 70s style Crimsoid tendencies, then moving into the beautifully acoustic guitar propelled "Iapetus," overlaid with a powerfully melodic dual-guitar solo, before shifting into the remaining sections before coming back to a reprise of "Titan." The eight-plus minute closer "Atmosphere of the Mind" launhes as a multi-sectional classical piece augmented by a string trio that eventually starts jumping all over the stylistic map, into folk, jazz and progressive rock territories. That's where the disc should end, but for some reason, the band thought it was a good idea to put an 'indexed' version of the first four sections of "The Ring Cycle;" it chops off abruptly right where the "Titan Reprise" would have started. Why? That said, this is an excellent album from beginning to end, and one that most readers should thoroughly enjoy.