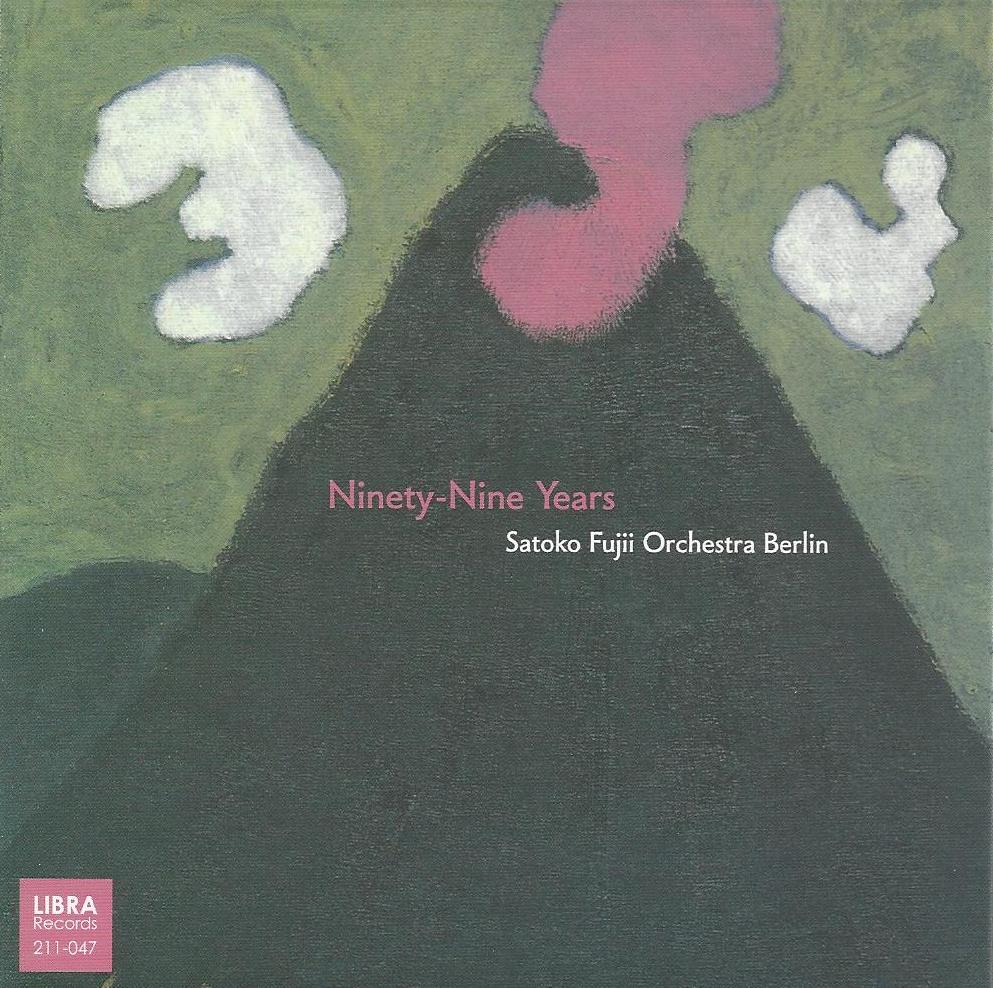 By now, if you have kept up with our reviews of Ms.Fujii’s recent output, you will know that she turns sixty years old this year, and for the occasion she’s going all out, releasing a new album every month of 2018. So far, in January we hace seen her album Solo, and Atody Man by her four-piece ensemble Kaze, in January and February respectively. Ninety-Nine Years is March’s installment, running a little late because I only received the disc a few days before the end of the month, but it was definitely worth the wait. Here, Fujii is the composer, and conducts her ten-piece ensemble Orchestra Berlin, but doesn’t actually play herself. This is one fairly wild ride: five big-band jazz pieces mostly clocking in around the ten minute mark, featuring baritone sax (Paulina Owczaek), two tenor saxes (Gebhard Ullmann, Matthias Schubert), bassist Jan Roder, trombonist Matthias Müller, three trumpets (Natsuki Tamura, Lina Allemano, and Richard Koch) and two drummer / percussionists (Peter Orins and Michael Griener). That’s a lot of horn power, but with her consummate conducting and arranging skills, Fujii can take this crew through some beautiful and magnificent passages firing on all cylinders, absolutely splendid melodies, and then can break it all down into what sounds like complete chaos just moments later, in passages of free improv where squawking and snorting horn sounds rule the moment, even some vocal sounds get in the mix, all criss-crossing in errant pandemonium. Hey, that’s the nature of free jazz, and while it may be shocking on the first listen, taken with all those beautiful orchestral passages, a few close listens on one recognizes the deft skills of the group as a whole, as well as Fujii’s most important contribution of composing and arranging the composed parts, and conducting the whole of the five pieces, whether composed or (somewhat) improvised. Drummer Orins was also serving as the mixdown engineer, the original sessons taking place in April 2017.