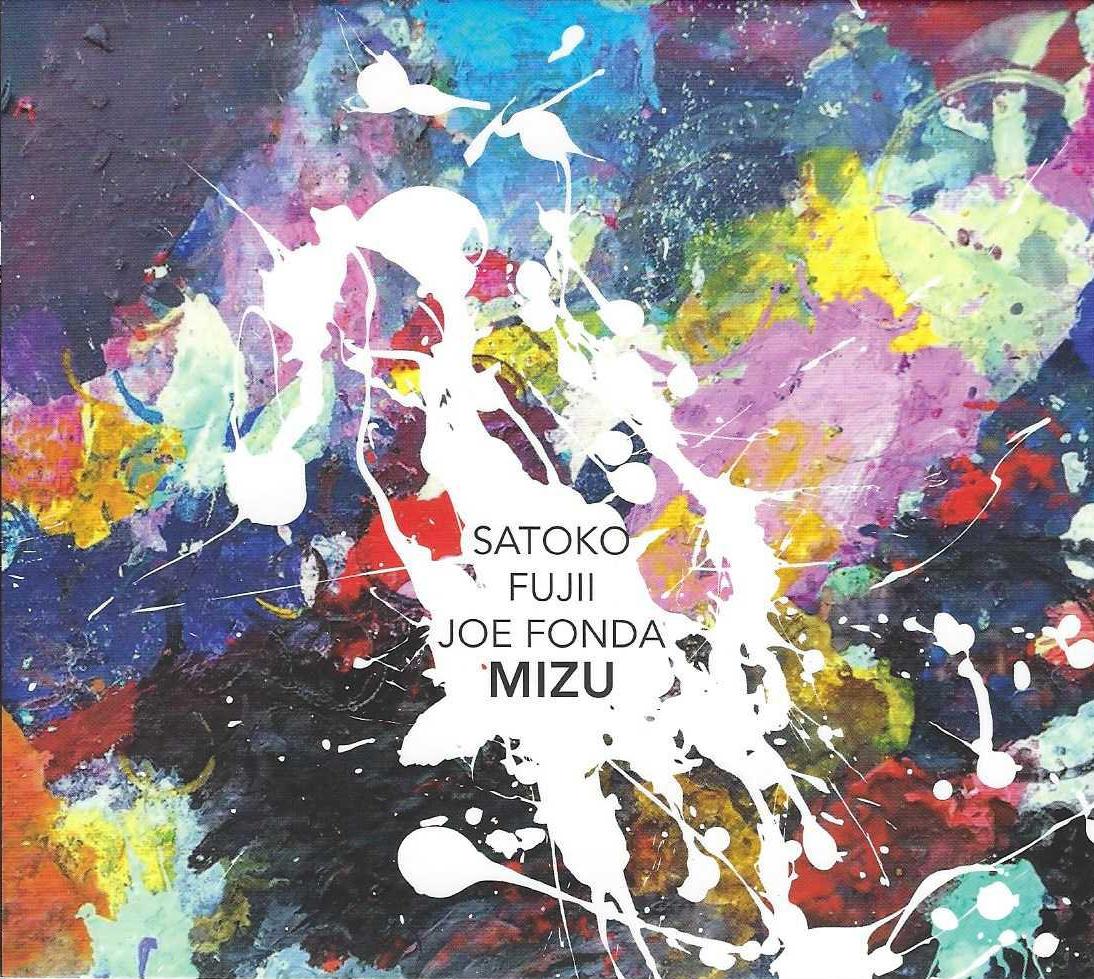 Sometimes with Satoko Fujii, less is definitely more. Back in 2016, Fujii and bassist Fonda’s first recording together, simply titled Duet, was an exceptional collection of masterful jazz improvisations. On their latest outing, Mizu, recorded on their 2017 European tour just days after the trio recording with the Italian saxophonist Gianni Mimmo (released earlier this year as Triad), the duo is again spinning the same kind of magic, with outbursts of pure wild emotion, soft gentle passages that belie the former, slow building crescendos, and beautiful artful melodies, all created on the fly. Around 15 minutes into the opener “Rik Bevernage,” Fonda begins pulling a variety of unusual sounds out of his bass via bowing, while Fujii gracefully opens up some brilliant piano textures dancing around some minimalist ideas coupled with melodic flashes of monumental power. Fonda is not averse to adding some vocal blasts on top of his bass work, adding even more emotion to the proceedings. 24 minutes in it fades into a relaxed improv with both players taking turns in the spot and working together until it all builds up again into an emotional inferno that all comes crashing down at the piece’s twenty-eight minute conclusion. “Long Journey” is in fact the shortest, at slightly over seven minutes, with an overall gentle approach, slowly building into a bubbling cauldron of bass and piano exchanges that at once evokes wonder and chaos. The title track, at just over 21 minutes, closes the set, its opening passages of prepared piano offer a haunting gamelan effect, like bells, gongs and wind chimes on a lonely road in East Java. Around three minutes in Fonda answers with some high pitched squeaks, and soon after the gentleness of the opening scene gives way to some percussive effects, a spirited exchange between the players ensues, and beventually comes back from the more experimental sounds to a more traditional jazz workout between piano, bass, voice, with all the emotional ebbs and flows one might expect, eventually closing with a gentle interchange between piano and flute. The three improvs account for nearly an hour-long journey that will have you reaching for the repeat button at the set's conclusion.