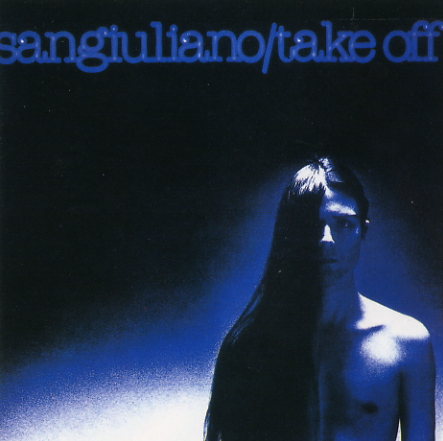 An amazing album from 1978. Tony Sangiuliano was a one man keyboard show, assisted only by a drummer and female soprano; he could well be thought of as Italy's answer to Heaven and Hell period Vangelis or Rick Wakeman in his more vanguard days. Using Polymoog, Mini-Moog, Arp 2600, Hammond L22 & X77, Mellotrons, piano, Clavinet, harpsichord, xylophone, and tubular bells, he creates an invincible wall of sound that defies any convenient descriptions. Influences clearly point in the direction of the classical symphonic opus, yet the album's three long tracks are fundamentally original - there is very little 'borrowing' from the classics here, and as a composer he has succeeded in rising above the self-indulgence and pretension that ran rampant among keyboard wizards of the day. That said, the listener comes away with little in the form of memorable themes, that is - as it is with Vangelis' early work - it only can be appreciated while listening to it; few themes (with the notable exception of the closing 'clock' portion of the sidelong "Time Control") are repeated enough times to leave a lasting impression that lives beyond the experience, which can either be a plus or a minus, depending on what the listener wants from an album. Overall, I'd have to give this one a high recommendation.

Bane for Isildur, boon for the rest of us