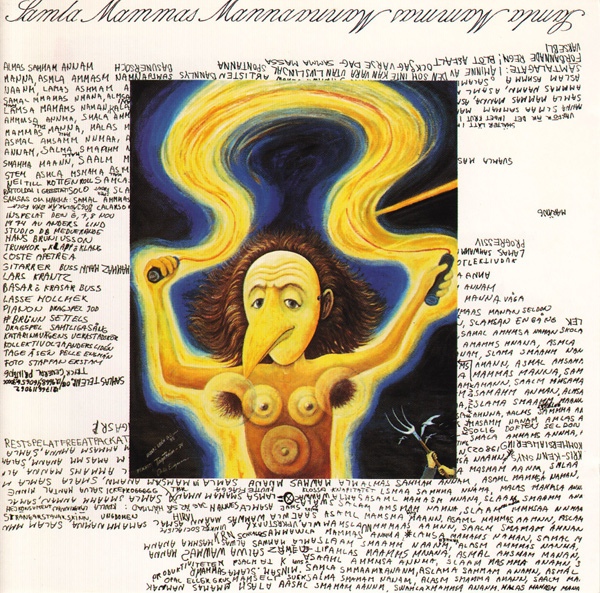 This album is the classic Swedish group's third album and perhaps the most impressive of the early Coste Apetrea incarnation. Samla in the early 70s were far more progressive rock/fusion oriented than their later RIO/avant tendencies and were somewhat more accessible – sort of. Most Samla music is fully imbued with a large sense of humor and mix their music up with lots of screaming and weird voices. Great progressive fusion can lead directly into bar-drinking songs and hilarious accordion filled romps. While their zany nature may put some off, I find Samla's humor a crucial element to what makes them such a fantastic outfit. With their undisputed technical virtuosity and dazzling arrangements, Samla were one of the most fascinating innovative rock outfits of the 70s Highly recommended.