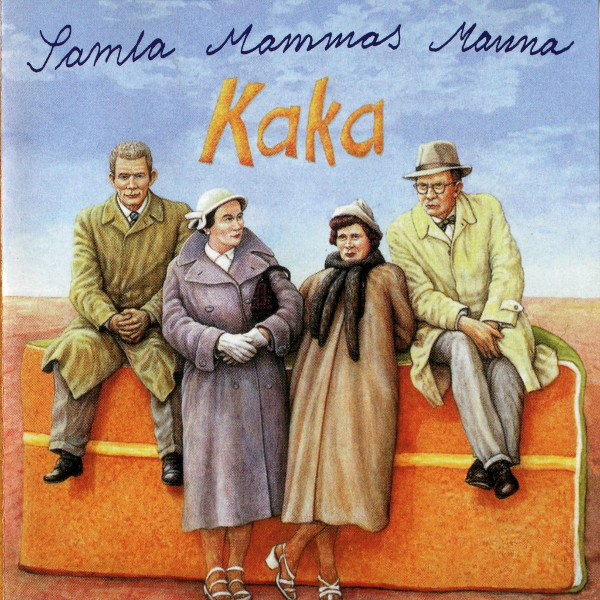 One of Sweden’s best loved bands is back. Actually they've been back together for over five years now, playing festivals and touring, but this marks the first release of new material by the reformed band. The lineup is the same as the classic Måltid album: guitarist Coste Apetrea, Lars Krantz on bass, Lars Hollmer on anything with keys, and drummer / percussionist Hans Bruniusson. The band today is in top form; the fast and frenzied compositions, the snappy arrangements, and the superb chops from all. Is there any Exposé reader who doesn’t have some idea what these guys sound like? If so this could be an excellent starting point. Imagine a twisted yet fun mix of European folk music and Zappa-esque arrangements all driven through the rock filter and over the edge; Samla has a sound of their own that is at once unique and instantly identifiable... and how many other rock bands have an accordion player? Those who know Samla can expect something along the lines of the Klossa Knapitatet period, but to be fair the band has come a long way since those days, and listeners will no doubt be taken by the high energy level of this new release. As always, there is a healthy dose of humor and craziness injected into their work at all levels, something which separates this band from the rest of the ‘progressive world’ that tends to take itself too seriously. This one will be in my CD changer for a long time. Best-of-the-year material, for sure