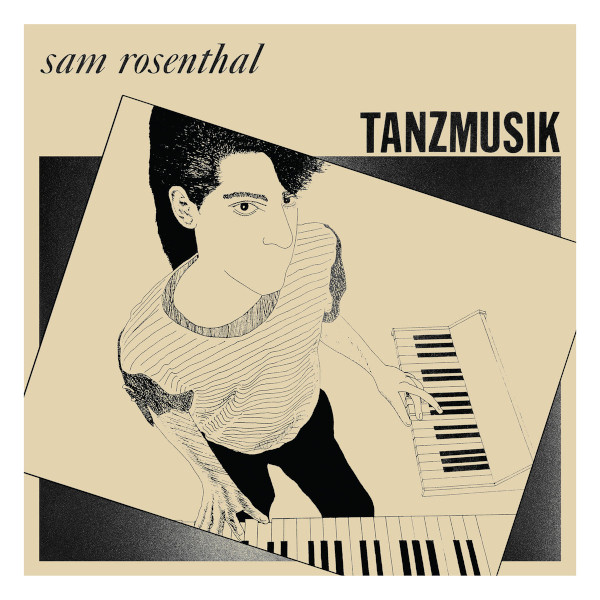 Rosenthal is best known as the founder of Projekt records and the leader of the band Black Tape for a Blue Girl, but Tanzmusik pre-dates both, released in ‘85 when Rosenthal was still a teenager; it was his very first LP release pressed up in a limited edition of 250 copies, originals now fetching $150 or more. A 2012 LP reissue on the Italian Mannequin label (limited edition of 500) is also long out of print. The album features fourteen tracks, recorded entirely at home on a four-track TEAC-2340 with a basic setup featuring Korg Poly-61, Moog Realistic Concertmate MG-1, Boss Dr-110, and some effects. The style varies a lot across the album, but is uniformly superb in whatever direction it happens to be going. Many of the tunes were recorded alongside drum computer and lend themselves to a synthpop feel that was becoming prevalent in the 80s, but there are no vocals here, so the music is left to speak for itself, most contained within short vignettes of a minute or two, stating the idea and exploring some variations. Other pieces seem to reference the earlier explorative electronic sounds of bands like Cluster, Brian Eno, a pre-commercial Kraftwerk, Harmonia, and others. Some even longer pieces like the melodic shimmering powerhouse “The Coming Fall,” “Lookout Point,” and the gently lilting “Year 90-10” are somehow reminiscent of cosmic pioneers like Michael Garrison and Tangerine Dream. One can listen to this over and over and continue to discover new elements within the fabric of the sound. Tanzmuzik is an outstanding reissue that needs to be heard by all, foreshadowing much of Rosenthal’s later work.