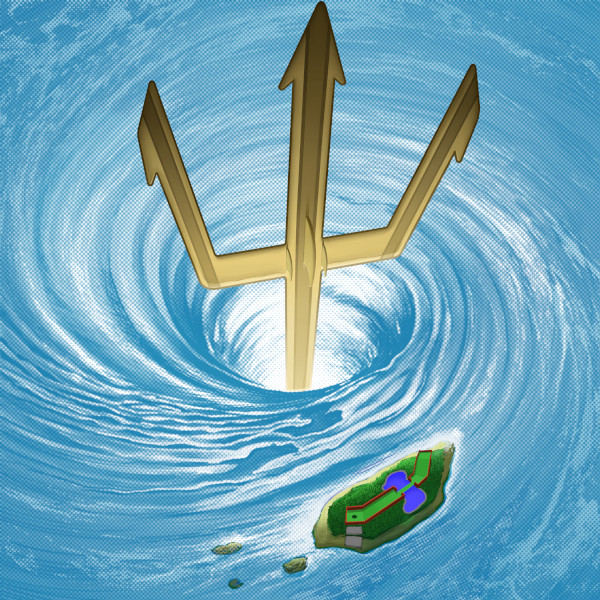 Sam Arnold is probably best known around here as the leader and guitarist of Opposite Day, an intense math-rock sort of band. We’ve also covered his group Secret Keepers, which is more song-oriented and brings in some other styles such as folk-rock and psychedelia. But even those outlets don’t cover Arnold’s skills, and Earth’s Majestic Wetness presents yet another side of this artist. The title refers to the fact that a significant portion of our planet is covered by water, and when you think of music inspired by the ocean, you might well think of surf rock. This EP gives us seven catchy surf guitar workouts full of uptempo twangy riffs, flashy lead lines, tremolo chords, and driving drum parts. The tracks hearken back to some of the genre’s classics without repeating them, and while Arnold brings his prog-guitar chops to bear at times, the somewhat more relaxed mood suits the music well. Arnold handles everything except the drums, which are provided by Eoghan McCloskey. McCloskey does add some modern touches to the rhythm parts, like occasional three-against-two polyrhythms that might not be completely authentic to 60s surf rock, but work quite well in this context. There are other variations as well, as on “Last Stand of the Aquatic Ape,” which features both banjitar and synthesizers. But I have to admit my favorite track is probably “Chupavolcan,” with its catchy “Walk Don’t Run” style riff. Earth’s Majestic Wetness may be a fun diversion for this talented musician, but it’s also a fun diversion for listeners — and I know there are lots of surf rock fans out there who should eat this up.