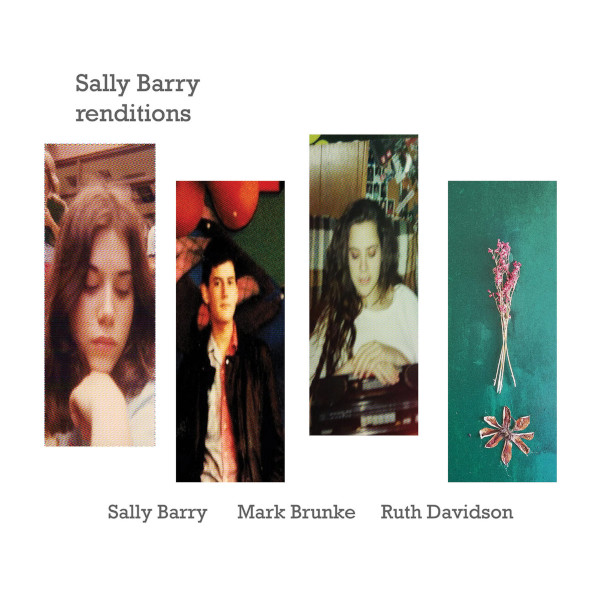 Sally Barry is a singer with a musical career that started in the mid-80s New York punk scene, but Renditions is a small-scale effort that might be called outsider art-folk. Like many outsider artists, she pursues her craft with a certain naiveté that’s far removed from the polished recordings of most releases. Barry’s unstudied voice takes on the songs of Mark Brunke, who also plays guitar and contributes and occasional vocals. The other contributor is Ruth Davidson, who was a founding member of the chamber rock band Moraine and adds guitar and cello. The overall feeling is of three musical friends getting together in a homey atmosphere and recording the results of their informal sessions. There are 22 songs, only three of which top four minutes in length. Sometimes the arrangements consist of just Barry’s voice and two acoustic guitars, but at other times there’s squalling feedback from an electric guitar, though it’s mixed in such a way that it doesn’t overpower the acoustic. Cello only appears on a few tracks, and provides a welcome added timbre. If I had to pick a single word to describe Renditions, it would be “intimate.” Listening is like sitting in their living room with them while they made it. I can imagine Mark saying, “Hey, I’ve got another one, let me find the lyric sheet… Okay, Ruth, the chords go like this…” And they’re off. This is a kind of Americana that doesn’t have some of the overt trappings of acid folk but has a similar attitude. Another way of thinking of it is (mostly) acoustic renditions of songs that in a different context would be avant-punk gems along the lines of Blonde Redhead or Xiu Xiu. Lyrical subject matter tends to the dark, with loss, tragedy, death, and pain evident… in short, ordinary life. Renditions may be far removed from the normal stream of art rock, but its simple directness has great power and sincerity.

Pippo d'Ambrosio - Arte Senza Volto – Sometimes it’s so much more difficult to try and describe a piece of music than it is to just hear it and accept it without analysis and words. Case in point: a disc that is so diverse and all...  (2006) » Read more