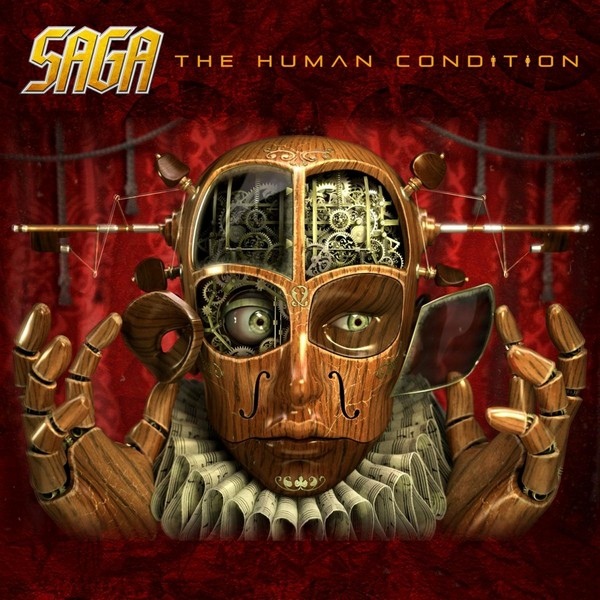 The Human Condition is Saga’s debut release with new vocalist Rob Moratti. Not surprisingly, the group’s sound has changed with Moratti’s addition. After all, in addition to being the lead singer, former vocalist Michael Sadler also played keyboards and was one of the primary songwriters too. Many of the trademark Saga elements are still present however. Ian Crichton’s signature staccato and heavy guitar parts, Jim Gilmour’s fast keyboard riffs, unison guitar / keys solos, and strong melodic compositions are still the foundation of the group’s sound. Surprisingly, the album’s title track opener is essentially instrumental – a strange way to start off the first album with a new singer! Fortunately the remaining guys in Saga didn’t opt for a Michael Sadler sound-alike when choosing their new vocalist. Moratti’s voice is quite different than Sadler’s, but he can hold his own. “Avalon” is a good example of Moratti’s powerful and melodic style. He has a wide range and a clear delivery. There are many more backing vocals on this album compared to earlier Saga efforts. For example, on “A Number with a Name” the lead vocals are harmonized throughout the entire song. The band’s sound on The Human Condition does seem a bit heavier overall compared to before. “Step Inside,” “Let It Go,” and “Crown of Thorns” are dense, riff heavy, and thick compositions. Sometimes change can be good. The last few Saga releases with Sadler had gotten somewhat formulaic, so it’s refreshing to hear the band do something different.