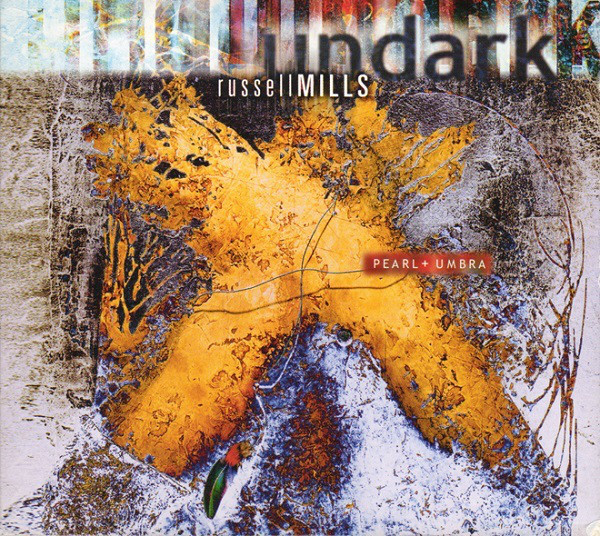 I’d give a list of the well-known guest musicians who contribute to this album, but Exposé reviews need to be under 300 words. So I’ll mention a few of the highlights: Brian Eno, Roger Eno, David Sylvian, Bill Laswell, Peter Gabriel, Michael Brook, and Thurston Moore. No offense intended to the many left out. Russell Mills is primarily known as a visual artist, having designed album covers for many artists. His Undark project, of which this release is the second, puts him in the role of architect or facilitator as much as musician, rather like Brian Eno’s methods on some of his albums. Sonically, this is a mixture of electronic and acoustic instrumentation, with samples, sequences, and live playing all mixed together. Some tracks are pretty much actual songs, like “Rooms of the Sixteen Shimmers” with Sylvian’s trademark croon or “Golden Hair” with harmonium chords and Clodagh Simonds sounding a bit like Sinéad O’Connor; others are very atmospheric, like “A Swoon in Amber,” which consists of an intriguing succession of near-white noises that somehow manages to not be grating. Many of the pieces consist of a processed rhythmic part (often a drum loop) with the kind of “bear bass” that Laswell is known for, topped by sustained washes of sound (for example Brook’s “infinite guitar”) and snippets of taped spoken words and other sounds. Graham Haynes’s cornet provides a nice unexpected touch on two tracks. In all, this is one of the most satisfying and interesting discs of the year, and a worthy addition to Eno’s tradition as well as contemporary electronic music.