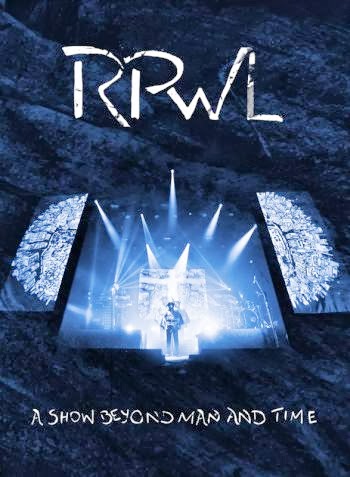 I hadn’t heard much from German proggers RPWL lately, so was eager to get reacquainted via this live DVD. The concert at the Wyspianski Theater in Katowice, Poland, was the last of the tour to promote their 2012 album Beyond Man and Time. You’d expect everything to be working like a well-oiled machine, which was a good thing because this had to be one of the most ambitious live shows for a mid-market prog band I’ve ever seen. Singer (and occasional keyboardist) Yogi Lang took inspiration from both Peter Gabriel and Steve Hogarth for his many costume changes and makeup work, plus the overall theatricality of his performance. He’s never been a dynamic frontman but he still manages to get the point across behind the story line and lyrics, occasionally aided by props. The show is also enhanced by some very creative and well-executed video imagery. Two tall scrims flank either end of the front of the stage, which provides another surface for video, plus guitarist Kalle Wallner and bassist Werner Taus occasionally duck behind them. Drummer Marc Turiaux and keyboard player Markus Jehle stay busy, though aren’t integrated into the theatrics like the other musicians. As with most Metal Mind productions, the video and audio are crisp and clean and the entire performance is quite impressive. Bonus features include an interview with Lang and Wallner who even provide a commentary track for the entire show, which helps to fill in some of the missing pieces in the concept and Lang’s performance.