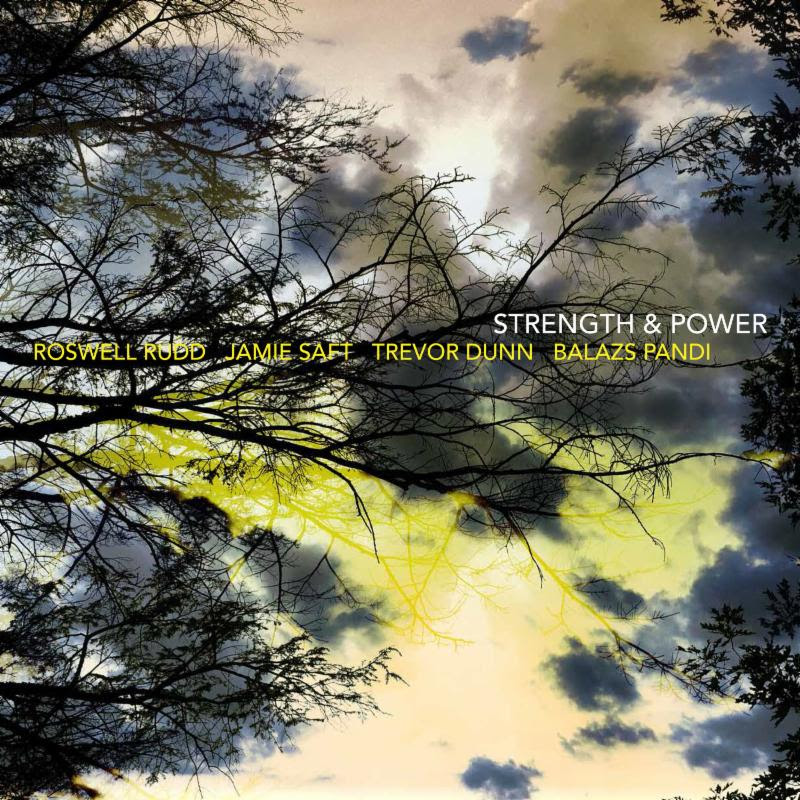 Look at the list of names on the front cover. Roswell Rudd has been one of the most prominent trombonists in avant jazz since the 60s, having worked extensively with Archie Shepp and many others; Jamie Saft is gaining quite a name for himself as a versatile and inventive keyboard player in jazz styles ranging from latin to avant-noise in groups including Slobber Pup and Metallic Taste of Blood; Trevor Dunn first came to notice as the bassist in Mr Bungle, but has since engaged in a wide range of different situations in both rock and jazz; and Balázs Pándi is a drummer with similarly broad credentials, including several recordings with Saft. This recording has some similarities with Red Hill, which featured Saft and Pándi with Wadada Leo Smith and a different bassist. Saft sticks to piano on this outing, though it is sometimes prepared (and sometimes unprepared, I suppose you could say), and Dunn plays upright bass. The set is purely improvised, though the players aren’t afraid to settle into grooves that almost sound coordinated, if not composed. At other times they drift freely, without tempo or key, but there’s always an energetic feeling to the music. Elements of humor crop up as well, with Rudd occasionally throwing in a snip of a familiar melody, or the spot in “Struttin’ for Jah Jah” where Saft goes into an atonal stride piano part that Pándi picks up on, though it lasts only a little while before they move on. I hesitate to make a statement like, “This is free jazz that even people who don’t like free jazz will like,” because I can’t control what other people will like. Maybe I should say that they should like it. It’s just good music, consistently entertaining and inventive.