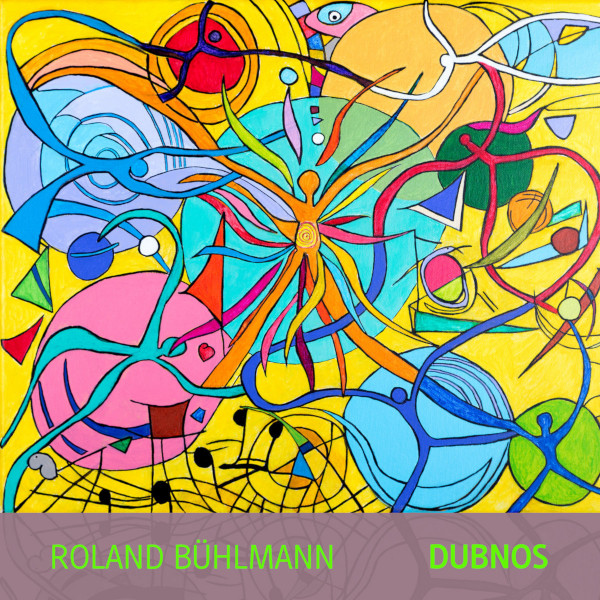 For his fourth solo album, Roland Bühlmann continues his alphabetical journey with Dubnos. He also continues his journey of steadily improving his craft — Dubnos is his most satisfying release yet. Probably no small part of that improvement is the addition of other musicians into the mix. Bühlmann contributes the bulk of the sound (guitar, bass, keyboards, programming, and a variety of objects, like branches, oil tank, stones, vase, and wrenches), but he is joined by Terl Bryant (drums) as well as David Cross, who plays violin on “Aaschutz,” and Yukiko Matsuyama, who plays koto on two tracks. Bryant was formerly in the band Iona, and his solid playing really elevates the music. Bühlmann’s guitar work is solid as ever, melodic and varied, sometimes textural and subtle, sometimes venturing into shred territory. Some of the rhythm parts bring to mind 90s King Crimson, though that’s a minor part of the mix. While the guitar is generally in the spotlight, there are plenty of moments where keyboards are integral to the sound, often presenting rhythmic patterns that cross modern minimalism with Berlin-school sequencing. “Aaschutz” is the highlight of the set — the addition of Cross on violin adds a new color to the sound, and Matsuyama’s koto further broadens the palette. For the first several minutes of the track, there’s a pulsing keyboard part which provides a backing for the two, and it’s not until four minutes in that drums, bass, and guitar show up, the guitar playing a melody in a tone that reminds me of John Etheridge with Soft Machine. Dubnos finishes off with “Galgallim,” which might be described as a Crimsonesque take on jazz fusion. All in all, this is a great album, and I’ll be interested to see what the letter E brings us from Roland Bühlmann.