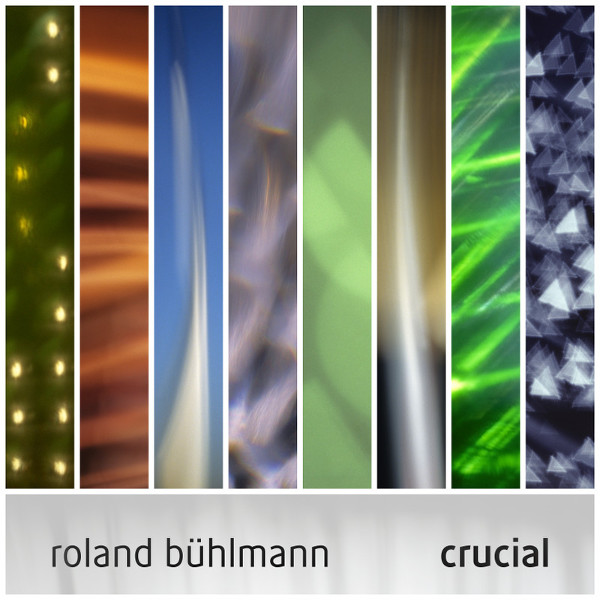 Some readers might be familiar with the early Jade Warrior albums, where heavy rock riffs were paired with relatively minimal percussion (sometimes not including a drum kit). I bring this up not because Roland Bühlmann sounds especially like Jade Warrior, but because Crucial starts with a track called “Kaiilen,” which features a riff that would be at home in an early-70s heavy psych band, backs it with fairly understated electronic percussion, or sometimes no percussion at all. The unexpected juxtaposition seems a little odd at first, but then the quality of Bühlmann’s playing overpowers the oddness, and it turns out to be just a really well-played instrumental tune with an unconventional arrangement. The tune also features an interlude in the middle with an acoustic guitar playing a Spanish-inflected solo. Other tracks bring in synthesizer sounds, though various guitars and bass are generally dominant. Throughout, Bühlmann’s playing is inventive and tasty, never shredding but not shying away from moments of technical prowess. In general, he’s more about tone and layering than up-front flashiness. All of Bühlmann’s releases are worth hearing, but with Crucial he’s created his best music yet.