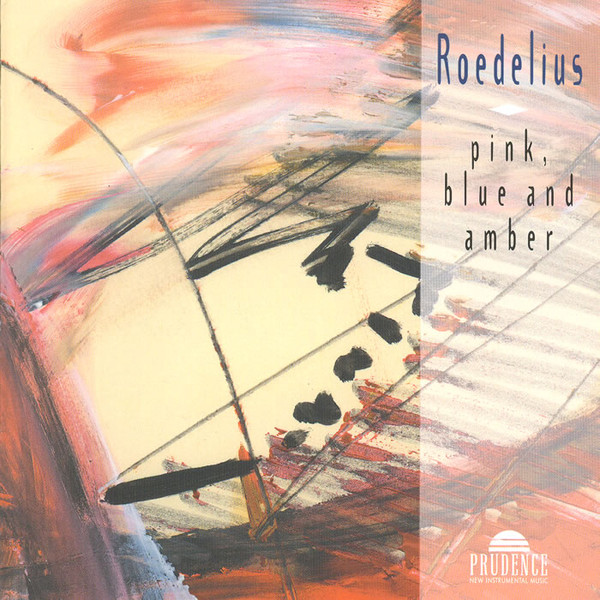 The alchemist of musical impressionism, Roedelius continues to bring delight to the ears of those who have retained their sensitivity for making sense out of music that exists largely in the dynamic levels of piano and pianissimo. I lost count ages ago on the number of Roedelius' output; suffice to say though that the well still hasn't run dry. To coincide with the Cluster tour of Japan last summer, Captain Trip released this work, the first such Japanese issue of any music by either of the duo's members. Pink, Blue & Amber is as fresh and ingenuous as anything he's done in the last ten years. Imagery of Asia crops up all over this album. Further enhancing this sense, he welcomes Japanese singer / koto player Yuko Matsuzaki. Her vocals and the pentatonic scale of the koto lend the perfect accent to the palpable sensuality of selections like "Poetry" and "Gem." On "Beyond Crimson Bridge" and "The Yellow Bird" the maestro sketches musical landscapes that you could imagine adorning a Monet painting. Roedelius has always held little concern for stiff forms and academic systems, preferring to let his whimsical brush capture the appropriateness of the moment, free of needless theorizing. Each composition is a slightly different impression of the play of light, as though casting its tints and shades over the languid waters of a pond in a Japanese garden. Nothing seems contrived or pre-determined. Interestingly, the album harkens back to his mid-eighties work, Bastionen der Liebe, which makes sense as much of it was recorded at the same time, with the same partners filling in on sax, flute, guitar, and viola. This is not a solo album by any means, and everyone receives equal composition credit. Looking for something a little friendlier on the ear from the Cluster bunch? Look no further. This is as good a place to start as any.