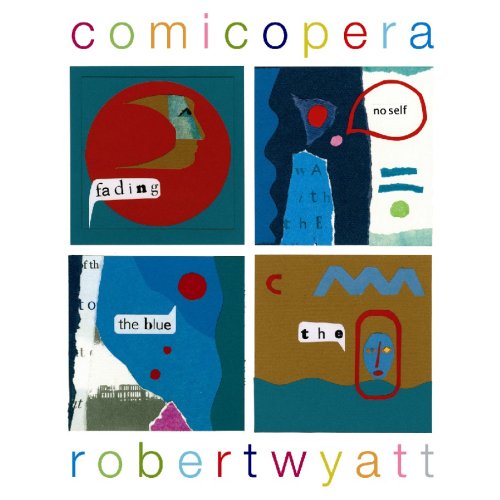 Robert Wyatt must truly be the most playful world artist on the planet. His tireless efforts making strong musical statements in pop and jazz format stand up and apart from any other British or US peer, deceased or modern. Proof of the pudding comes in these 16 songs that cover a wide political range with sensitivity accorded only someone who could work from the inside out. Famous cohorts on the cruise include long time friends Phil Manzanera, Brian Eno and Style Council/Ex-Jam front man Paul Weller out front and prominent in the mix. The composer has also brought in additional female vocalists such as Karen Mantler and Monica Vasconcelos and put them to effective use. It’s cover pieces like Anja Garbarek’s “Lost in Noise” and vibraphonist Orphy Johnson’s instrumental track “Pastafari” that widen the scope of Wyatt’s vision making the entire album cohesive and adventurous. The singer’s trumpet playing is also a clear melodic feature in his compositions on most of the tracks. Significant pieces include the steamy Havana jazz of “A.W.O.L.” where old Matching Mole compatriot Dave Sinclair contributes a memorable piano accompaniment. Weller’s two tracked guitar syncs with Wyatt’s solo vocal on “Be Serious,” making it a charming effort followed by joyful steel drumming on “On the Town Square.” In closing, the most prominent Canterbury scene musician has easily surpassed himself and surprised his listeners again.