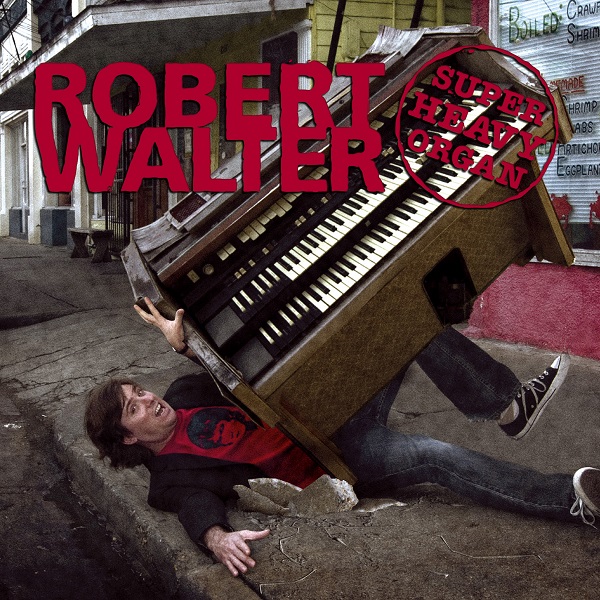 With the title Super Heavy Organ, my initial expectation was that this album from Hammond organ player Robert Walter was going to be filled with hella-distorted, seriously overdriven, tube saturated organ crunch tones... which would’ve been cool, of course. While the organ tones themselves aren’t as heavy as the title initially led me to believe, they are indeed beefy and sound great. The title more likely refers to the arrangements, which are certainly super heavy on the organ side. New Orleans transplant Walter is accompanied by drums and upright bass throughout and shares the melodies and soloing duties with Tim Green on tenor sax. Three tracks feature vocals, but the remainder of the album is instrumental. All the songs are Walter-penned except for an instrumental cover of the Led Zeppelin tune “Poor Tom.” Walter’s style contains elements of soul, jazz, blues, and funk in roughly equal parts. “El Cuervo” starts off with a jazz riff in 7/4 time and contains a nice drum solo. Some of the tunes like “Criminals Have a Name for It” showcase Walter’s piano and clav abilities. “34 Small” is rooted in old-school jazz while “(Smells Like) Dad’s Drunk Again” and “Cabrillo” are more experimental in their arrangements and harmonic content. “Big Dummy” shows off the group’s funk side. His backing band of New Orleans musicians it solid and Walter’s playing is tasteful throughout. He can definitely chop it up when needed, but the songs contain a nice blend of power and finesse.