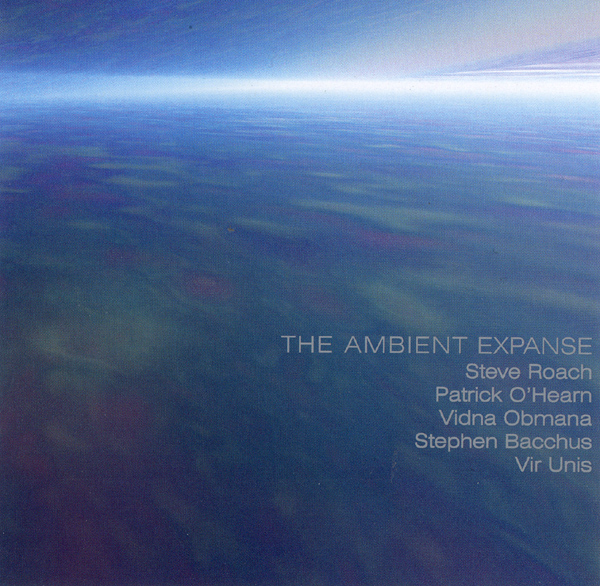 The late 90s/early 00s were the peak of ambient electronic music in my book. The major artists in the genre were all delivering some of their finest work, labels like Hypnos, Mirage and Amplexus were introducing many fine new talents to the world, and there was a lot of collaborating going on. I used to review a ton of this stuff for Exposé back in the day and by about 2002 or so I was thoroughly overwhelmed. In most genres you could get an album a year per artist, in this genre it could easily be as many as five (the CD-R era blew this wide open). There are a lot of titles from this era to get to, but I think the one that truly hooked me, to the point that for months I'd just put this on infinite repeat overnight, was this five piece quasi-anthology on Mirage called The Ambient Expanse. The whole thing's great but I still remember hearing the first few minutes of Patrick O'Hearn's opening piece "35th Parallel" and thinking it could have been the posterchild for the big epic puffy cloud ambient style. The rest of it is like a trip into the inner, going so deep that it even touches on the avant-garde at times, before Roach's "The Eternal Expanse" pulls the whole thing together, managing to be quite dynamic in a field that is usually closer to static. I don't think this was ever reissued after Mirage folded, but amazingly it still seems to be quite affordable. I'm not usually one for anthologies and collections in terms of favorites, but Roach is involved on all five pieces giving the overall work a coherency and unity anthologies don't often have.