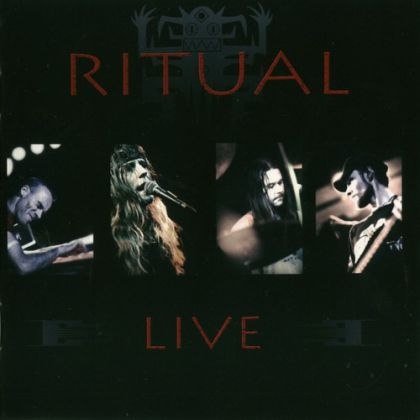 Ritual’s first live document is a doozy. Whether it was the audience, the occasion, or having an explosive band like Anekdoten to share the bill with, the group (Patrik Lundtröm – lead vocals and guitars, Fredrik Lindqvist – bass, mandolin, recorders, vocals, Jon Gamble – keyboards, vocals, and Johan Nordgren – drums, nyckelharpa vocals) is on fire from start to finish. Like most good live sets, this one succeeds at both providing an overview of the band’s catalog as well as putting a fresh spin on studio recordings. The 1995 debut album (has it really been that long?) is revisited primarily via a Gentle Giant-flavored acoustic medley as well as a fine rendition of “Seasong for the Moominpappa,” one of the more entertaining prog epics in recent memory – that’s also a pirate song! The band’s recent move toward melodic heavy rock is put to good effect on songs from their most recent album, Think Like a Mountain, as well as 1999’s Superb Birth. Again and again the power and brilliance songs like “Really Something” or “Dinosaur Spaceship” make me wonder if I’m listening to Freddie Mercury fronting Led Zeppelin, or even Robert Plant fronting Rush. As these songs prove, Ritual can be a little bit psych, a little bit space-rock, proggy, folky, but often just downright nasty in your face RAWK. At their most melodic and accessible, the band can resemble Spock’s Beard or RWPL, though if catchy melodies, sharp instrumental hooks and hum-able riffs are a measure of anything then I’d put Ritual above all others in their gene pool. The shame of it all is that too often a group of this caliber are performing in front of a few hundred or so in some cramped little club when they’d kick the ass of a bigger name band with their hands tied behind their backs. If you haven’t figured out what these guys are all about, do yourself a favor and pick this one up.