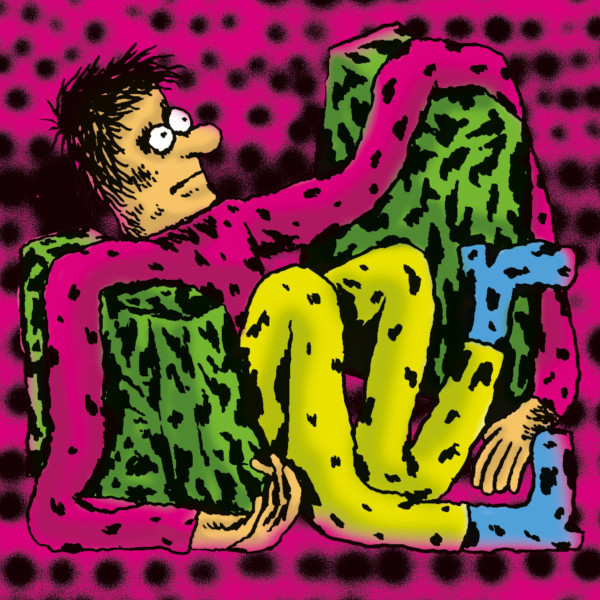 Rien Faire is another band from the expansive Lyon music scene. Marie Daviet (cornet, keyboards, vocals) has worked with Versperland, Lucas Hercberg (bass, guitar, vocals) is a member of Chromb! and has worked with Saint Sadrill and The Very Big Experimental Toubifri Orchestra, and Corentin Quemener (drums, chimes, vocals) is in Aquarium Orchestra as well as Toubifri. Aside from Chromb! I’m not familiar with those other groups, but you know that it’s from Lyon so it’s going to be eclectic, genre-defying music. Rien Faire often operates in a realm that might be called Art Pop, with catchy melodies and bouncy rhythms, but they are prone to wander off into noisy free-form diversions that mix improvisation and electronics. With three vocalists, there’s a lot of singing, as well as some spoken parts, all in French. My French is way too rusty to make out more than a word or phrase here and there, so I can’t speak to the meaning behind these songs, but everything is delivered in a light-hearted way, keeping the mood from becoming too serious in spite of the occasional noisy bits. The music is similar in spirit to Pili Coït, though less aggressive on the whole; several of the songs have a kind of childlike simplicity, described in the promotional materials as “surrealist nursery rhymes,” that contrasts nicely with the more complex parts. The album is a constant stream of interesting ideas, drawing freely from different streams of music and mashing them into a frothy confection of sound. Rien Faire is another quirky winner from the Dur et Doux camp.