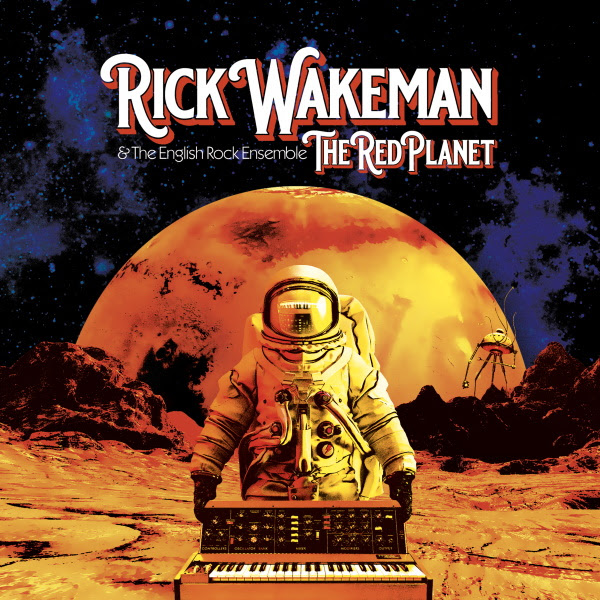 The Red Planet finds Rick Wakeman in fine form, with a themed album of instrumental music hearkening back to The Six Wives of Henry VIII. Barring some modern-sounding keyboards, virtually all of the album could date from the late 70s, and I find it to be Wakeman’s most consistently enjoyable album in ages. (To be honest, there are a lot of his releases that I haven’t heard, but that’s neither here nor there.) If you’re a fan of Wakeman’s keyboard work, you’ll get tons of the right stuff without any of the vocal silliness that’s marred some of his otherwise decent work. He’s abetted in the project by The English Rock Ensemble, which consists of Lee Pomeroy (bass), Ash Sloan (drums), and Dave Colquhoun (guitar), and no orchestra or choir. Pomeroy’s bass work is often prominent, and adds a lot of energy to the arrangements. Colquhoun has moments to shine as well on both electric and acoustic, ripping off several good solos and providing breaks from the multifarious keyboards. Wakeman himself gets in tons of dextrous organ, classic synth tones, Mellotron-like strings and choirs, and piano, both acoustic and electric. The eight tracks are named for places you’ll find on a Martian map, though the music sticks to the rocked-up classical style Wakeman is known for, so the album concept is mostly just on the surface. That’s not a drawback, and I find the album solidly entertaining, with a hint on nostalgia that makes me smile to hear one of progressive rock’s Greatest Generation still out there doing essentially the same thing he did 50 years ago, doing it well enough that it doesn’t sound tired.