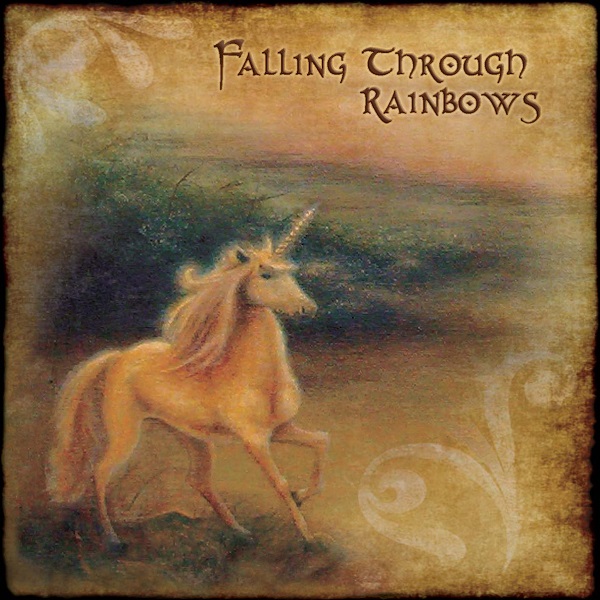 Rick Miller is a Canadian multi-instrumentalist and composer who began his musical career in the 80s. Over the past five years Rick’s focus has been progressive rock and Falling through Rainbows is his fourth release. Rick lists his influences as The Moody Blues, Pink Floyd, Steve Hackett, and Gabriel-era Genesis, however the nine melancholy, and yet extremely pleasant songs, are dominated by strong Pink and Blue influences from Rick’s channeling of Dave Gilmour to the “Nights in White Satin” flute riffs. Falling through Rainbows is primarily a solo effort with Rick singing and playing keyboards, guitars, Mellotron, and bass, accompanied by Sara Young (flute), Mateuz Swoboda (cello), Kane Miller (guitars and violin), and Will S (percussion). Most of the tracks have a similar sound and mood, making it difficult to identify and remember separate songs as you could with the Pink Floyd and Moody Blues releases that were his inspiration. A bit more diversity of subject matter and orchestration could greatly enhance the music. Not only is Rick a musician but his artwork graces the cover of this CD, which unfortunately gives it an amateurish look that would probably keep me from buying this disc if I saw it in a catalog or a store. For some reason Rick’s art works better on his MySpace page than the CD. Though Falling through Rainbows is not a release to get really excited about, it is definitely worth checking out.

Ulkomaalaiset - 1 & 2 – How do you celebrate Easter in rural Finland, especially when you are a foreigner? All the shops are closed and the locals are home spending time with their families. It so happened that three...  (2008) » Read more