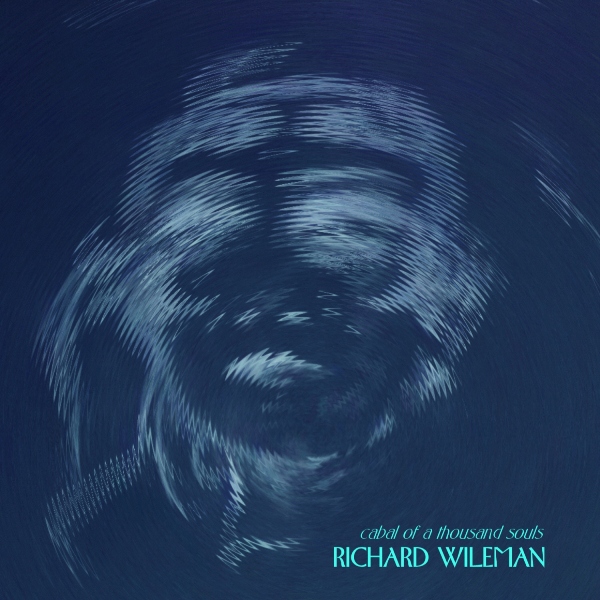 Songwriter, singer and multi-instrumentalist Richard Wileman is probably best known as the guiding force behind Karda Estra (a dozen full length releases from 2000-2017) and Lives and Times before that (a half dozen releases during the 1990s), but starting in 2018, he has been releasing material under his own name, beginning with his exceptional release Veil, available both as a CD and download. His first release of 2019 is the mini-LP length (approx. 21 minutes total) Cabal of a Thousand Souls, and thus far has only been released as a download from his Bandcamp page, though that could change somewhere out in the future. The seven tracks are a mix of upbeat vocal tunes and (mostly) dark and pensive instrumentals, the first of the latter is opener “Sublime Ruins,” a somewhat oblique chord progression executed on guitars and keyboard, highlighted by piano and voices, in the end merging with the vocal tune “I Am The Wave” driven by acoustic guitars, Wileman joined by Amy Fry on clarinet and vocal harmonies, and some drimming by Gary Nash (his only appearance on this release). Fry harmonizes with Wileman again on “Harvest of the Stars,” one of the most memorable tunes here, adding a gentle alto sax solo as well. One of the more interesting tunes here is “We Merge,” an instrumental piece played on piano, with sampled sounds of the sea against pebbles on the shore, the mic catching the wind blowing across it extending throughout its three minute duration. “The Ink Dried” is another gentle vocal piece featuring harmonies and clarinet from Fry. Closer “The Summoned” is a mere two minutes featuring a droning dulcimer with tasty guitar enhancements, with clarinet and wordless vocal bursts by Fry, it’s unlike any other tune here (or anywhere else for that matter), but it brings just the right feeling to close the proceedings. Even though it's only the equivalent of one album side, it's a superb sampling of where Wileman's muse is at the moment.