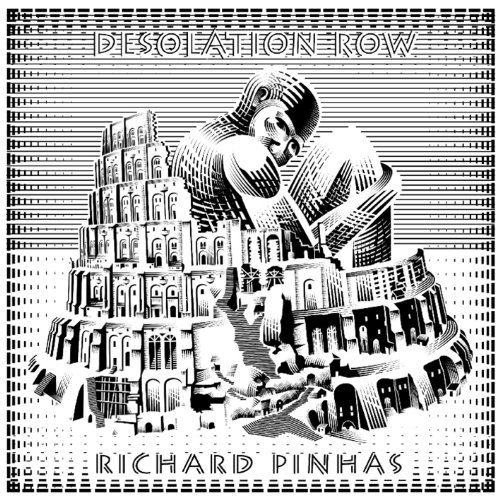 Repetitive electronic grooves, crashing sounds, hypnotic and soothing metal machine drones, and the nearly-out-of-control fire of distorted guitar, all crunched and crushed together in a blender of blazing intensity. All in a day’s work for Richard Pinhas – or in this case over a year of work with three different lineups across six long tracks. Those who know Pinhas' previous solo work, and with his band Heldon, as well as more recent collaborative efforts will find him following the expected trajectory, responding to the realities of an uncertain world, pushing back against oppressive forces with a barrage of industrial sounds and intrepid urgency. There are hints of earlier work to be heard throughout, from Standby to Iceland to the more recent Metal / Crystal and more, but there are new elements present here that are borne of recording in a live band setting, like the everpresent drum groove on several of these cuts that propels the looping imagery and projections forward. With the more trance and drone pieces like "South" and the side-long "Drone 1," one will find layers upon layers of thick, rich textures and delicate sonics all vying to be heard amid what at first may seem like a mildly abrasive din. The beauty is found in the details, but the resistance is found at the highest levels. There is a constant tension throughout much of this work that establishes a true sense of opposition and confrontation, while still offering a substantially comforting sonic experience for the listener, be it in the foreground, the background, or as deeply as one wants to dive into it.