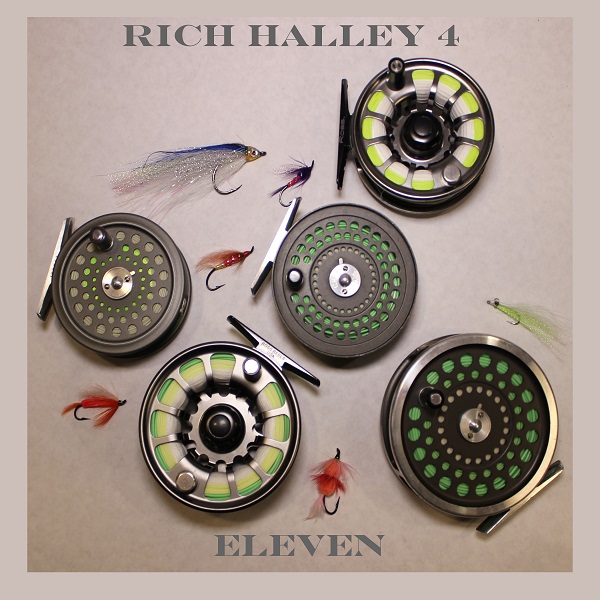 Once you get outside the confines of mainstream jazz (and I won’t get into the argument about whether much of it really qualifies as jazz at all), there’s a rich variety of creative music coming out. Many long-time Exposé readers will be familiar with Cuneiform’s stable of avant-jazz artists like Rob Mazurek, Led Bib, Le Rex, Ideal Bread, and the rest, but it’s worth noting that there are a lot of of other artists around the world testing the same waters. In Portland, Oregon, the list includes Andrew Endres (reviewed a few weeks ago) and Rich Halley. Halley’s music was unfamiliar to me before I heard Eleven, but he’s apparently got quite an extensive back catalog stretching back to the 80s. By my count, this is the sixth album recorded by this quartet, which features Halley on tenor sax, Michael Vlatkovich on trombone, Clyde Reed on bass, and Carson Halley on drums, and their tenure as a unit shows in the intimate interplay. Halley’s compositions are structurally complex – some of which is spelled out in the liner notes – but these pieces are not the kind of super-precise, over-intellectualized creations you might expect. As a listener, you would never guess that “The Animas” is built around five bar phrases fit into a 37-bar cycle, or that “Convolution” is a 29 bar cycle with numerous meter changes. The melodies, harmonies, and rhythms just fit together, and the avoidance of predictable fours serves to keep listeners from getting complacent. The recorded music may be built upon various theoretical backgrounds, but understanding them is entirely secondary to listening pleasure. I’ve become very fond of groups without chordal instruments lately, finding the freedom granted to the players very refreshing, and Halley takes advantage of what might be thought of as a limitation: without a piano or a guitar spelling out the chords, the tunes open up. The compositions also embrace improvisation, and all the players are up to the challenge. Halley has a rich tone on tenor that reminds me of Coleman Hawkins at times, though he’s not averse to venturing into the kind of territory staked out by Albert Ayler or Peter Brötzmann. Vlatkovich is just as creative, using the trombone’s tone and capabilities well, handling fast phrases deftly without just making a mess as lesser players often do. If you check out other reviews of Halley’s work, a recurring theme is “If this band were based in New York, they’d be well known.” That may be true – certainly the music is worthy – but this is the 21st Century, and geography is increasingly irrelevant. Go online and check out the sounds from wherever you are, and enjoy.

Trilogy - Here It Is – With a name like Trilogy, one may have some preconceived ideas as to what this band is all about. The fact that four hands man the keyboards may further lead one to believe that this is some kind of...  (1994) » Read more