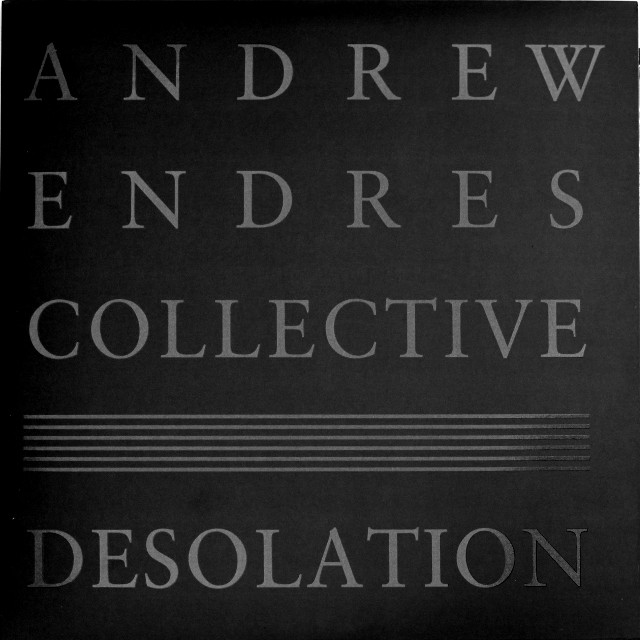 On the jazz axis that runs from totally traditional, standard material on one end (let’s call it post-bop for convenience) to more modern sounds (think of the kind of jazz on Cuneiform) on the other, Andrew Endres and his group are near the center, somewhat moving towards the modern end – but not too far. Endres is the guitarist and composer, but from listening to the music, you’d never guess the guitarist is the leader. Stephanie Cooke’s piano figures prominently enough that you might think she’s the boss. Or it could be one of the two saxes: David Valdez (alto) or Lindsey Quint (baritone). The ensemble is rounded out with Sam Hallam (bass) and James Ford (drums). It is to Endres’ credit that he doesn’t hog the arrangements with his own playing, but spreads the leads among the rest of the musicians, allowing them space to shine. Several of the tunes have a kind of Third Stream flavor, largely due to Cooke’s influence. Her piano work often hews to traditional comping and melody lines, but there are a few times where she does something that just jumps out at you with unexpected notes. Often the melodies are done in parallel between the two saxes and either the guitar or the piano, which makes for some lovely combinations. The saxes both avoid any of the further reaches of the instruments (no squawking), but neither do they adhere to simple blues idioms – there’s a good balance of sounds. Endres stays with fairly clean tones on his guitar, with only very subtle use of effects. His playing is pleasantly non-idiomatic, avoiding the stock blues licks and scalar runs that so many jazz guitarists rely on, and he’s also not showoffy with flashy phrases. Desolation is all around a tasty listen, and it’s also available in a beautiful vinyl LP edition – check out the Bandcamp link to see it.

Providence - Rare Tracks – In their brief career, Providence only released one album, ...And I'll Recite an Old Myth From..., and graced at least one of MIJ's sampler discs. Their sound is a powerful neo-progressive blending...  (1993) » Read more